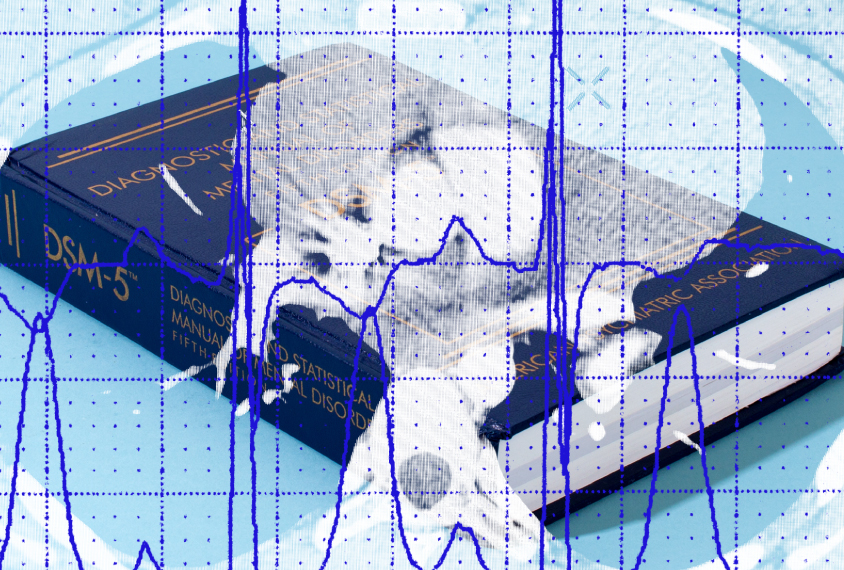 Incremental update: The DSM-5-TR clarifies the characteristics that make up dozens of conditions, including autism.
Illustration by Party of one

Two changes to the criteria for diagnosing autism are slated for release tomorrow in the Diagnostic and Statistical Manual of Mental Disorders, Fifth Edition, Text Revision (DSM-5-TR), published by the American Psychiatric Association. The small changes add clarity and nuance to how the reference text defines autism, but they are unlikely to change diagnostic practice, experts say.

“I’m pleased to hear that major changes to the definition of autism are not being considered at this time,” says Laura Carpenter, professor of pediatrics and psychiatry at the Medical University of South Carolina in Charleston. “Disseminating major revisions can take years to accomplish and therefore should only be done when absolutely necessary.”

The DSM-5, released in 2013, indicated that an autism diagnosis requires “persistent deficits in social communication and social interaction across multiple contexts, as manifested by the following”: deficits in social-emotional reciprocity, in nonverbal communicative behaviors used for social interaction, and in developing, maintaining and understanding relationships.

The first text revision in the new DSM-5-TR adds two words to that description: “as manifested by all of the following.”

The addition could help to dispel “a serious ambiguity” that left many clinicians confused about whether a diagnosis required any or all of those deficits, says Michael First, professor of clinical psychiatry at Columbia University, who serves as an editorial and coding consultant for the DSM-5.

The second change swaps out a single word describing the “specifiers” that can accompany an autism diagnosis. Whereas the DSM-5 wording instructs clinicians to specify if a person’s autism is “associated with another neurodevelopmental, mental or behavioral disorder,” the DSM-5-TR version reads: “associated with a neurodevelopmental, mental, or behavioral problem.” It still instructs clinicians to use additional diagnostic codes whenever appropriate, but it no longer requires specifiers to be diagnosable conditions.

This second change now makes it possible for clinicians to indicate co-occurring problems, such as self-injury, that don’t “rise to the level of disorder,” First says.

The first revision more accurately reflects what the DSM-5 working group always intended, First says. “People send emails to us saying, ‘I don’t understand how to interpret this,’” he says. “Those are the people who bothered to write in to us, so God knows the actual impact” on diagnosis and prevalence numbers.

There are no data, but the impact has probably been minimal, says Catherine Lord, distinguished professor of psychiatry and education at the University of California, Los Angeles. “Hopefully, almost everybody making diagnoses got the message eventually that all three were required, even if it was slightly unclear.” Lord is a member of the DSM-5 neurodevelopmental disorders committee, but she did not work on this text revision.

“It seems like more of a theoretical concern,” Carpenter agrees. “I have never heard of someone going by the ‘any’ definition.”

The impact of the changes will ultimately depend on the expertise of the clinicians who interpret them, says David Skuse, professor of behavioral and brain sciences at University College London in the United Kingdom. “Those with greater expertise and clinical confidence are unlikely to change their clinical practice.”

The second change — to broaden the idea of specifiers — is clearly helpful, Lord and Skuse both say.

Skuse wrote the main text for the autism criteria in the International Classification of Diseases 11th Revision (ICD-11), the World Health Organization’s manual that specifies codes for health conditions and causes of death. ICD-10, the previous version, did not allow providers to list a co-occurring diagnosis, such as attention deficit hyperactivity disorder, alongside autism, and neither did the DSM-IV, the previous version of the DSM. Removing that prohibition was one of the most sensible changes from the DSM-IV to the DSM-5, he says.

“It does move us a little more beyond precision medicine (which is genetics) to recognition of the importance of lots of other things that make a difference in the quality of life,” Lord adds. “Someday we’ll even be able to get strengths in there!”

Some research has suggested that the DSM-5’s criteria, compared with those in the DSM-IV, exclude some autistic people from diagnosis. Fred Volkmar, professor of child psychiatry, pediatrics and psychology at the Yale Child Study Center, who led one 2012 study on this question, has continued to argue that the criteria are too narrow to encompass the full spectrum.

The new revisions do not address his concerns, he says. “The thing is more or less left unchanged. These are really trivial changes.”