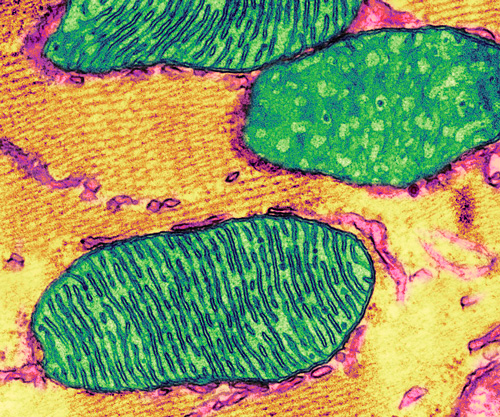 A single dose of a drug used to treat African sleeping sickness temporarily improves symptoms of autism in a mouse model, according to a study published 17 June in Translational Psychiatry1.

The researchers speculate that the drug acts via a metabolic pathway, but others are skeptical of the exact mechanism.

The 100-year-old drug, suramin, blocks a set of receptors, called ‘purinergic receptors’ that are present on every cell in the body. In a healthy body, these receptors respond to ATP, the energy currency of cells, and other signaling molecules.

Infections may cause the molecules to go into overdrive, triggering a ‘cell danger response’ that causes cells to malfunction. By blocking these receptors, suramin may allow the cells to focus on their normal functions, says principal investigator Robert Naviaux, professor of medicine, pediatrics and pathology at University of California, San Diego.

“When the cells activate their cell danger response, they can no longer devote all of their resources to normal cellular functions that might be required for neurodevelopment,” Naviaux says.

The children of women who have severe infections during pregnancy have an increased risk of autism. Naviaux hypothesized that these children show the same sort of cellular malfunction.

To test this theory, his team administered the drug to mice born to mothers exposed to a mock viral infection during pregnancy. These mice show many symptoms of autism, such as social deficits, an insistence on sameness and problems with motor skills.

Last year, the team reported that a single weekly dose of suramin improves the social behavior, metabolism and motor coordination of 6-week-old mice with autism traits2.

The new study extended this to 6-month-old mice, equivalent to 30 years of age in people. A single suramin dose improves social behaviors and metabolism in these adult mice for five weeks, but has no effect on motor skills.

“Some features of behavior and cognitive performance that we have thought were a permanent fixture of some of the mouse models are in fact dynamic and can be altered via the right metabolic interventions,” says Naviaux.

The results are exciting, but suramin affects many biological pathways, and exactly how it acts is still unclear, says Jay Gargus, director of the Center for Autism Research and Translation at the University of California, Irvine, who was not involved in the study.

He also notes that long-term use of suramin has serious side effects, such as anemia and problems with the adrenal gland, which produces adrenaline and other hormones3.

Naviaux says he is aware of these limitations, and is not proposing suramin as a treatment for children with autism. “Our intention is just to test the proof of principle,” he says. “We want to see whether [a drug] can be used to flip a neurochemical switch that alters behavior and metabolism.”

One puzzling fact about the drug’s effect is that some improvements persist for five weeks, by which time the drug should have cleared from the mouse’s body. It may be that the cells are slow to return to their distressed states even after the drug is gone, says Theo Palmer, associate professor of neurosurgery at Stanford University in California, who was not involved in the study.

Palmer also points out that the drug didn’t reverse all autism-like features in the mice.

“[The motor test] was one of the discouraging aspects,” Palmer says. “That tells you also that these gestational events can pretty substantially change the trajectory of your later life.”

In the meantime, Naviaux and his colleagues are exploring the hypothesis that suramin tempers the cell danger response.

There are 48 metabolites — intermediates and products of metabolism — that are present at different levels in the untreated mice than in controls. Of the 48, 11 bind to the purinergic receptors that suramin blocks. The levels of nine of these metabolites are elevated in the autism mice, which is consistent with a hyperactive cell danger response. The remaining two, including ATP, are lower in the autism mice than in controls.

After suramin treatment, the metabolism of the mice better resembles that of control mice, says Naviaux, restoring most of the 11 metabolites to normal levels.

A blood test showed that suramin also normalizes the levels of gut bacteria metabolites in the mice. Children with autism have a high prevalence of gut symptoms, and this is thought to be the result of having an abnormal population of gut microbes.

Naviaux and his colleagues are repeating the suramin study in a mouse model of fragile X syndrome, an autism-related disorder. They are also testing the drug in 20 children with autism. The one-time dose is not expected to have side effects, but the trial may help guide the search for more specific targets with a less toxic profile.

“Mice are different than humans,” Naviaux says. “I don’t want to give false hope, but on the other hand I’m very excited about the direction that’s opened up for us.”