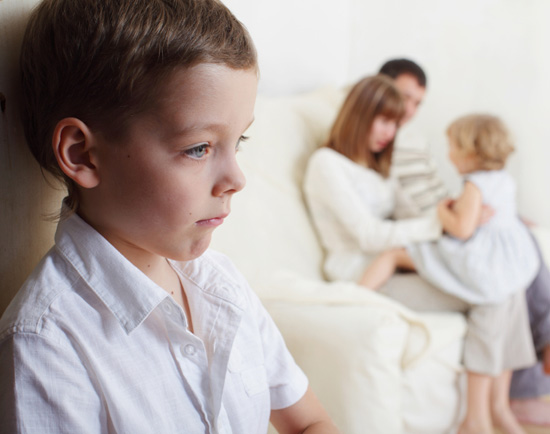 Serious slide: Compared with children who show symptoms early, those who regress are more than twice as likely to be diagnosed with severe autism.

Toddlers who abruptly lose language, social or other developmental skills are more likely to have severe autism a few years later compared with children who have consistent delays from an early age. That’s the conclusion of the largest study thus far of autism onset patterns, published in the Journal of Autism and Developmental Disorders1.

Children who hit a developmental plateau — showing no signs of autism until around their second birthday, when their skills stop advancing — are also at greater risk of developing more severe forms of the disorder, the study found.

Scientists have debated whether children who regress represent a distinct subgroup of individuals with autism and, if so, the significance of this pattern. Some studies have found that children with regression have poorer outcomes2; others have found no difference3.

The new study drew from online surveys of parents of 2,720 children with autism. This sample is an order of magnitude larger than those of previous studies, and includes participants from all over the United States rather than from just a few clinics.

“We have the statistical power to look at the phenomenon in ways that nobody ever has before,” says co-investigator Paul Law, director of medical informatics at the Kennedy Krieger Institute in Baltimore.

At school, nearly 70 percent of children who regress are placed in special education groups, and 56 percent need a professional aide, the study found. Strikingly, children whose parents rate their regression as having been “severe” are at even higher risk of all of these challenges. For example, 78 percent of these children are in special education classrooms, and they are four times as likely to never attain phrase speech compared with children whose regression is mild.

“It’s been brought up anecdotally and post hoc by a variety of other studies, but we were one of the first to launch a formal investigation of those children,” says lead investigator Luther Kalb, a research scientist at the Kennedy Krieger Institute.

This group falls somewhere in the middle: they are at higher risk of severe autism than are children who do not regress or plateau, but not as high as those in the regression group.

Because it’s based on survey data, the current study isn’t definitive, but it adds compelling evidence in favor of regression’s existence, notes Audrey Thurm, an autism investigator at the National Institute of Mental Health. “In this case, the bigger sample and the more nationally representative [population] is helpful,” she adds.

The researchers collected the data through the Interactive Autism Network (IAN) Project.  Launched in 2007 to help connect researchers and families, IAN has 30,000 registrants, making it the largest online autism registry in the country.

The online system has some limitations, Thurm says. For example, most regression studies include lengthy in-person interviews with parents and a clinical assessment of the children. With IAN, there’s no way for researchers to double-check what parents report.

Law and Kalb agree that different kinds of studies will be necessary to fully understand various autism onset patterns. Particularly useful, they say, are studies in which researchers follow younger siblings of children with autism from a very young age.

One of the first such studies, published earlier this year, suggested that regression may be more common than scientists had realized4. In that study, 19 of 22 children who later developed autism showed a loss of social communication skills.

“For me, these two papers approach regression in different but complementary and interesting ways,” says Daniel Messinger, associate professor of psychology at the University of Miami. “The Kalb study capitalizes on the reports of a large sample of parents about the progression of their children’s autism, while the Ozonoff study observes a smaller sample of kids as they develop an autism spectrum disorder.”

Thurm is currently working with the lead investigator of the other study, Sally Ozonoff, on a larger study of 272 children that draws on clinical evaluations and cognitive assessments of children with autism, as well as extensive interviews with their parents. Their analysis also breaks out a fourth group: children who show both regression and early signs of autism.

In the meantime, a project led by Stanley Nelson, professor of human genetics at the University of California, Los Angeles, aims to collect genetic samples from some IAN families. That effort, notes Law, may allow researchers to explore any genetic factors specific to regression.