Doubts precede saliva test for autism, set to be available by July 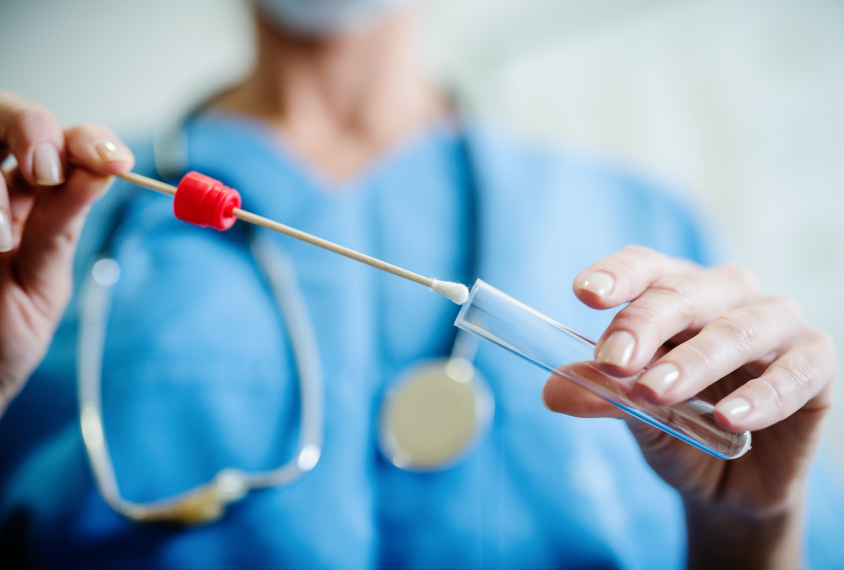 Spit take: A new autism test looks for RNAs in the saliva of children flagged for the condition.

A saliva test designed to help clinicians diagnose autism is expected to be available in the next few weeks. The test detects the levels of 32 small RNA molecules in saliva that its creators say distinguish autistic children from controls1.

But some experts are skeptical of the test’s accuracy and value, saying the research it is based on is far too preliminary for clinical use.

The test, called Clarifi, is made by Quadrant Biosciences. The New York-based company has received permission for the test’s use from the U.S. Centers for Medicare and Medicaid Services, the federal agency that oversees lab tests. Once it goes to market, the test is expected to cost $989.

Clarifi is the latest in a string of biological tests for autism developed in the past year. In November, the Wisconsin-based company Stemina debuted a blood test for autism. Another team is in the early stages of developing a urine test for autism2.

Like these other tests, Clarifi is intended to be used in conjunction with other screens and diagnostic tools, company officials say: It would make the path to autism diagnosis more efficient by offering an objective way to flag only those children who need further evaluation.

Clinicians would order a test kit from the company for any child aged 18 months to 6 years who scores high on an autism screen — such as the Modified Checklist for Autism in Toddlers (M-CHAT), says Richard Uhlig, Quadrant’s chief executive officer. They would collect a saliva swab from the child and return the swab to Quadrant. The company would then return a ‘probability analysis’ for autism.

Children with a probability score above 50 percent are likely to receive an autism diagnosis, Uhlig says.

However, Clarifi’s accuracy in this scenario depends on that of the prior screen. The M-CHAT, for example, accurately identifies only about one-third of autistic children at 18 months of age, some research suggests. (The M-CHAT’s accuracy goes up with age and is about 69 percent for children older than 20 months.)

Quadrant published some of the research Clarifi is based on in November in Frontiers in Genetics. In that work, the company found that its test accurately picks up 82 percent of autistic children and identifies 88 percent of children who do not have the condition. But in that study, the researchers used Clarifi in isolation, without a prior screening test.

The company’s promotional material compares Clarifi directly with standard diagnostic tests, saying it is objective and “does not depend on somebody rating someone’s behavior at one particular point in time.” But experts say the data do not support these statements.

“There’s no harm in doing this and reporting it in the literature,” says Dorothy Bishop, professor of developmental neuropsychology at the University of Oxford in the United Kingdom. But “what they are claiming based on the marketing is that it somehow helps or improves the true diagnosis over and above these other diagnostic instruments,” she says. “I think there’s no evidence of that.”

Uhlig says they do not intend to imply that Clarifi could be used in lieu of standard diagnostic tests.

The test is based on research in 456 children — 238 with autism, 84 with developmental delay and 134 controls — who visited clinics in New York, Pennsylvania and California between 2015 and 2017.

The researchers analyzed small RNA molecules in the saliva of 372 of the children, including 188 with autism and 71 with developmental delay; some of the RNA is from microbes present in the children’s mouths. (The researchers excluded from the study children with unfilled cavities, dental diseases or upper respiratory infections.) The team measured the amounts of five types of RNA, including microRNA and noncoding RNA.

They used a machine-learning algorithm to rank the molecules by their ability to distinguish the autistic children from the two other groups. They ultimately identified a panel of 32 RNAs. The test analyzes levels of these molecules in each saliva sample.

The researchers evaluated the test in the remaining 84 participants. The test correctly identified 41 of 50 autistic children, 12 of 13 children with developmental delay and 18 of 21 controls.

The numbers seem promising, but to claim that the test complements the M-CHAT, the researchers would need to see how well the test predicts autism in children flagged by that screening tool, Bishop says.

“To say it complements M-CHAT is not evidence based and is wishful thinking,” she says. “The researchers would need to show that their test made the identification of those with autism more accurate. Since they did not do that study, we don’t know if it is true.”

Quadrant officials say they are conducting a follow-up study of 750 children who screened positive on the M-CHAT. They have enrolled 200 children so far.

Some experts question the test’s premise and say the study’s results may be skewed by other factors.

For instance, because the test is based in part on microbes found in the mouth, it may be influenced by a child’s oral hygiene, and it may vary daily based on the child’s diet.

“This is not something you want to incorporate in a test,” says Nikolaos Mellios, assistant professor of neuroscience at the University of New Mexico in Albuquerque. “You want something that will be specifically affected in the patients and won’t be affected by any other confounding factors.”

“If we didn’t feel that we could measure the same thing and obtain the same values [in a repeated fashion], we wouldn’t have pushed this upon anybody,” says lead researcher Frank Middleton, associate professor of neuroscience and physiology at SUNY Upstate Medical University in Syracuse, New York.

Others note that the RNAs in the panel do not overlap with those in a human-only panel described earlier this year3. (Quadrant researchers say that’s because the two studies used different algorithms to identify the relevant RNAs.)

RNA is thought to play various roles in autism, but there’s little evidence that RNAs in saliva recapitulate activity in the brain, says Peng Jin, professor of human genetics at Emory University in Atlanta, Georgia.

The company began advertising the test via social media about six months ago. Its officials say they plan to announce its release by July.