DNA may hold clues to oxytocin levels in autistic people 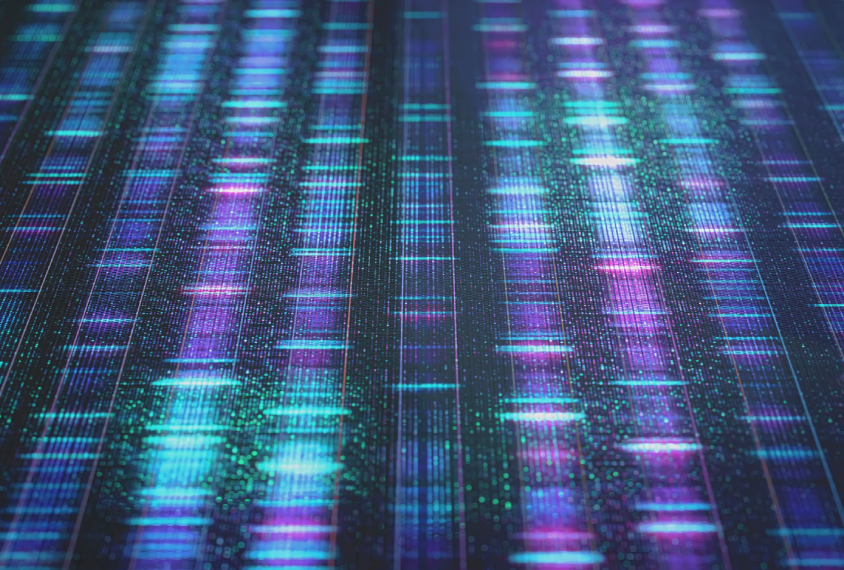 Seeking connections: Blood oxytocin levels could be linked to some genetic variants, but more data is needed to confirm the associations.

Sequence variants in multiple autism-linked genes show associations with blood oxytocin levels in autistic people, according to an unpublished study. Though the study is too small to fully decode those relationships, understanding them could eventually help to identify autistic people who are likely to benefit from treatment with the hormone and to enrich future clinical trials with such responders, the investigators say.

The team behind the preprint set out to explain why an oxytocin nasal spray had failed to improve social behaviors in children and teenagers with autism in a high-profile phase 3 trial they published last year.

“We were reasonably confident that it would have some efficacy, so we were all a bit chastened by the fact that it didn’t reach its primary endpoint,” says Simon Gregory, professor of neurology, molecular genetics and molecular biology at Duke University in Durham, North Carolina, who co-led the clinical trial.

As many as 14 DNA variants, called single nucleotide polymorphisms (SNPs), are associated with individual differences in oxytocin plasma levels, a follow-up analysis of blood samples from 286 of the 290 trial participants showed. Five of the variants were found in or near one of two autism-linked genes: RBFOX1 and DLGAP2.

Oxytocin levels also tracked with another six SNPs across 494 genes that have roles in oxytocin signaling pathways or are expressed in brain regions involved in that signaling, including one SNP in the autism candidate gene PRKCB.

Each of these SNPs accounts for a small amount of variation in oxytocin levels, Gregory says. “It’s not like one SNP will predict two- or three-fold levels of plasma oxytocin, but it’s still informative.”

None of the associations the team identified reached genome-wide significance, a stringent statistical threshold.

“Any time you’re looking at thousands of SNPs, you’re going to find something,” says Larry Young, director of the Center for Translational Social Neuroscience at Emory University in Atlanta, Georgia, who was not involved in the clinical trial or the new study. He says he is not yet convinced that genetic predisposition explains variations in either oxytocin levels or in a person’s likelihood of responding to oxytocin therapy.

Genome-wide significance would not guarantee that the SNPs are linked to oxytocin levels, but it would help defend against the reproducibility issues seen in some prior studies, says Jakob Grove, associate professor of biomedicine at Aarhus University in Denmark, who was not involved in the trial or the new study.

“But the effects would have to be extremely large in order to achieve genome-wide significance in a study of this size,” he says. Genome-wide association studies typically include thousands of participants. “So we need to see this done in a much larger sample to make the call.”

Notably, the new analysis did not replicate prior studies that had linked variants in or near the genes for oxytocin and the oxytocin receptor — OXT and OXTR, respectively — to plasma oxytocin levels.

“This indicates that variants in the oxytocin gene itself may not contribute to peripheral oxytocin concentrations,” says Daniel Quintana, senior researcher in biological psychiatry at the University of Oslo in Norway, who was not involved in either study.

The work was uploaded to medRxiv in May.

Also, the oxytocin level in a person’s blood may not reflect that in their central nervous system, as patterns of oxytocin release in the brain and blood can operate independently, Quintana notes. “It’s possible that a different set of gene variants are associated with oxytocin concentrations in the brain, which is more relevant for understanding behavior and cognition.” But directly measuring oxytocin in the brain requires collecting cerebrospinal fluid via a lumbar puncture, an invasive technique that is not practical to do on a large scale.

The relatively small number of participants in the new study limits the conclusions that can be drawn from their genetic data, Gregory says. But despite that and the unsuccessful clinical trial, he says he sees promise in oxytocin and hopes that this and subsequent research keep it going as a potential treatment avenue for autism and other conditions.

“I would hate a negative trial to kill off the field, because I still think there’s mileage in oxytocin,” Gregory says. “It could be that it’s not just a drug that you need to use by itself.”