DNA differences may shape gene expression in the brain before birth 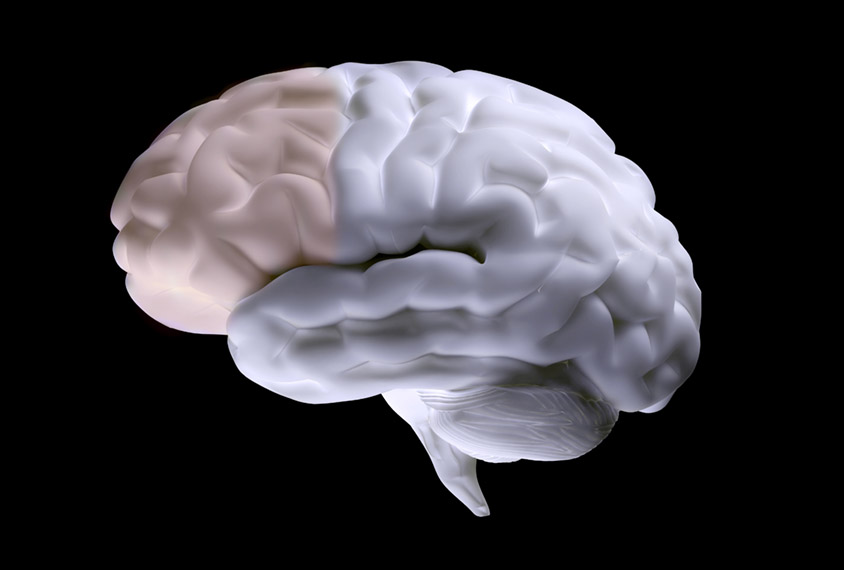 Prenatal program: The expression of many genes in the prefrontal cortex changes before birth in ways that may contribute to autism.

More than half of the genes expressed in the prefrontal cortex, a brain region that is implicated in autism, begin to change their expression patterns in late fetal development, according to a new study1.

Previous studies have looked at how DNA variants can influence gene expression at specific developmental periods. This is the first to map their effects in a specific region over the full span of human brain development, says co-senior investigator Stephan Sanders, associate professor of psychiatry at the University of California, San Francisco.

“If we ever really want to understand what autism is, understanding human fetal development of the brain is going to be absolutely critical,” Sanders says.

Some of the changes in expression patterns vary depending on individual differences in neighboring DNA sequences, the study found. Some of that variation occurs in stretches of the genome linked to neurodevelopmental outcomes, such as how much schooling a person completes (a proxy for intelligence) or whether she develops schizophrenia.

“This study creates a resource for trying to understand neurodevelopment and neuropsychiatric disorders,” Sanders says.

The researchers analyzed the prefrontal cortex of 176 postmortem brains from donors ranging in age from 6 weeks post-conception to 20 years. None had any known neuropsychiatric conditions or large-scale genetic anomalies.

The team identified 23,782 genes expressed during brain development in the dorsolateral prefrontal cortex, a region implicated in many developmental conditions, including autism.

For 12,077 of these genes, expression starts to increase or decrease around 19 weeks post-conception, the researchers found. Among the genes whose expression drops, several are linked to autism and developmental delay.

The findings support the idea that brain changes related to autism likely occur before birth, says Gaia Novarino, professor of neuroscience at the Institute of Science and Technology in Klosterneuburg, Austria, who was not involved in the research.

The researchers grouped genes with similar expression patterns and that are likely to have similar functions, Sanders says. They found that 10 autism genes, including NRXN1 and TCF4, fall into a group of genes expressed in neuronal stem cells and maturing neurons.

To explore how individual DNA variants affect the expression of these genes, the researchers sequenced the donors’ genomes.

They identified more than 250,000 DNA variants that influence the expression of about 8,400 genes; multiple variants might affect nearly 66 percent of these genes. Some variants have the strongest influence after birth, whereas others affect genes associated with fetal brain development.

For example, a variant that regulates the expression of a gene called RHEBL1 lies within a genomic region linked to educational attainment. RHEBL1 is part of a pathway called mTOR, which plays a role in several autism-related conditions, including fragile X syndrome.

Such clues could point to biological mechanisms that underlie neurodevelopmental conditions, Sanders says.

The study was published 7 April in Cell Reports.

The study suggests that during brain development, individual differences in DNA alter gene expression in ways that could contribute to conditions such as autism, although the mechanisms involved remain unclear, says Santhosh Girirajan, associate professor of genomics at Pennsylvania State University, who was not involved in the study.

The findings also suggest that researchers should study variants linked to autism at specific times during development, including before birth, and in brain regions other than the prefrontal cortex, says Hyejung Won, assistant professor of genetics at the University of North Carolina at Chapel Hill, who was not involved in the study.

The researchers next plan to examine how DNA variants influence gene expression in different cell types in the brain.