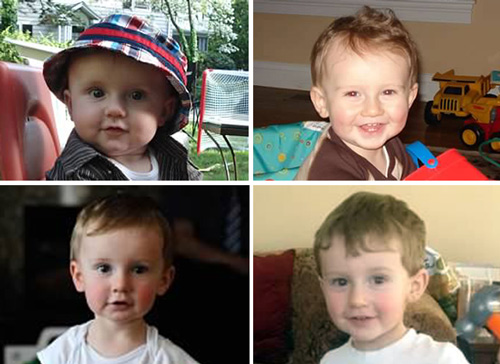 Developing picture: The first longitudinal study of tuberous sclerosis may help clinicians identify children with the disorder who are most likely to develop autism.

Children who have both the rare genetic disorder tuberous sclerosis complex (TSC) and autism show a gradual drop in nonverbal intelligence between 1 and 3 years of age, according to research published 11 June in Neurology1. Children who have TSC alone do not show this decline.

The study is the first long-term assessment of children with TSC. It identifies an early marker of autism risk in this group that may enable these children to receive treatment early — perhaps even before autism can be reliably diagnosed.

The new findings also provide a parallel to studies of ‘baby sibs,’ or younger siblings of children with autism, by illustrating how early signs of autism unfold in another group of children at high risk of the disorder.

TSC is caused by a mutation in either the TSC1 or TSC2 gene. Individuals with the disorder often have epilepsy, intellectual disability and benign tumors called tubers in their brains and other body organs. About half also have autism.

“The big mystery is why some children with TSC have autism and some don’t,” says study co-leader Charles Nelson, professor of pediatrics and neuroscience at Harvard Medical School and Boston Children’s Hospital. Previous studies have failed to link autism in TSC to factors such as the presence or severity of epilepsy or the location of tubers in the brain.

TSC is often identified in infancy or even prenatally, when the benign tumors characteristic of the disorder appear on routine pregnancy ultrasounds. The new findings suggest that clinicians and researchers can track these children to understand how autism develops.

The researchers assessed 40 infants with the condition beginning as early as 3 months of age, continuing periodically until the children were 3 years old.

Children with TSC show developmental delays by 6 months of age, the researchers found. They have difficulty with fine motor and visual skills. They also have trouble tracking objects with their eyes and disengaging their attention from one object to look at another.

The findings are in line with those from previous studies. For example, a 2010 study showed that a mouse model of TSC has structural problems in the visual system2. Infants with TSC also show differences in face processing similar to those seen in autism3.

The new study shows that these early symptoms evolve into more global developmental problems by the time the infants are 9 to 12 months old.

“We think the visual system in developing infants is very important for social interaction,” says Mustafa Sahin, director of the Translational Neuroscience Center at Boston Children’s Hospital and a member of the research team. “It’s possible that the sensory processing abnormalities feed into the future social abnormalities.”

Looking back at the children’s scores, the researchers found that at 12 months of age, those who have both TSC and autism have lower intelligence quotients than those with TSC alone. They also show a distinctive decline in nonverbal intelligence between 12 and 36 months.

This is intriguing, because some baby sibs who develop autism show a slowing of intellectual development between 6 months and 3 years of age4, says Rebecca Landa, director of the Center for Autism and Related Disorders at the Kennedy Krieger Institute in Baltimore, who was not involved in the work.

Still, Landa and others caution that the findings may not be generalizable because children with TSC have brain lesions and seizures. Among those in the new study, for example, 95 percent have epilepsy, which can contribute to developmental delay.

Still, studies of TSC can be helpful in understanding autism generally, others say.

“I think patients with this condition provide one of the most powerful ways to look at early symptoms [of autism] because the disorder is diagnosed very early,” says Sally Ozonoff, professor of psychiatry and behavioral sciences at the University of California, Davis, who was not involved with the work.

Study co-leader Shafali Spurling Jeste, assistant professor of psychiatry and neurology at the University of California, Los Angeles, says TSC may provide a model specifically of autism that occurs along with intellectual disability. This combination is also common in neurogenetic syndromes such as fragile X syndrome and deletion or duplication of the 16p11.2 chromosomal region.

“This really opens the door to a lot of research in understanding that relationship between intellectual disability and autism,” Jeste says.