Diagnostic tests for autism may miss many girls 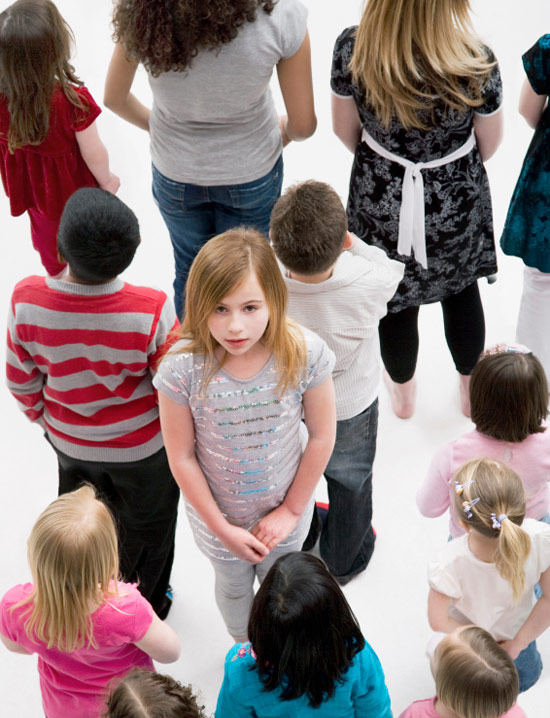 Lonely child: Girls with Asperger syndrome show an interest in socializing, but have difficulty connecting with peers.

The symptoms of Asperger syndrome look slightly different in girls than in boys, according to a study published earlier this month in Research in Developmental Disabilities1. This study and a spate of other recent ones suggest that with available diagnostic tests, higher-functioning girls with autism are being diagnosed either later than boys, or are altogether missed.

In the new study, Swedish researchers showed that 18 new questions on a revised Autism Spectrum Screening Questionnaire lead to very different response profiles for school-age boys versus girls who have Asperger syndrome.

The study is a rarity, however. Gender differences in autism are poorly understood because few girls are included in research. Even when they are, few studies look specifically at gender differences.

“It’s the white elephant in the room,” says Marisela Huerta, clinical psychologist at the University of Michigan Autism and Communication Disorders Center. Huerta was one of the organizers of a session on sex differences at the International Meeting For Autism Research (IMFAR) in San Diego last month.

“While many people speculate about the sex differences and there are a number of anecdotal stories about girls being clinically different or a bit harder to diagnose,” Huerta says, “there hasn’t been a lot of empirical work done on this topic.”

Various explanations have been proposed to explain this disparity. Genetic studies show that girls appear to be somewhat protected from the effects of rare genetic variants that seem to cause autism in boys. Girls who have the disorder tend to have large deletions and duplications of DNA and have more severe symptoms.

Some researchers have suggested that autism is a version of the ‘extreme male brain’ — an exaggeration of typically male traits, perhaps caused by exposure to abnormally high levels of testosterone in utero.

However, others say the skewed sex ratio, especially at the higher-functioning end of the spectrum, is at least partly because testing instruments simply miss many girls with the disorder.

“Many of these [testing instruments] are modeled on the earliest groups of children identified with autism, many of whom were boys,” says Somer Bishop, assistant professor of pediatrics at Cincinnati Children’s Hospital in Ohio, who co-chaired the gender differences session in San Diego.

Because the symptoms in girls are often different, “I think that very, very smart girls go undetected at higher rates than boys do,” Bishop says. “[Girls] often present with more subtle difficulties.”

In focus groups, Huerta says, parents of girls often note that the questions don’t capture what is unusual or abnormal about their daughters’ play habits.

Unlike the stereotype of the boys with autism, girls with the disorder are often interested in imaginative play — obsessively so, in some cases. “You don’t expect to see a kid with autism being obsessed with a baby doll,” says Bishop.

Similarly, a girl with the disorder may be socially interested and motivated, but unsuccessful in forming relationships with her peers. “We get referrals from families who are frustrated because they know in their gut that something is not going well in terms of their child’s overall development, but can’t quite figure out why things are so hard for their girls,” Huerta says.

A few studies are beginning to tease out differences between boys and girls with higher-functioning forms of autism, but results so far are mixed.

The differences are subtle, but may reflect a greater drive for social interaction in girls with the disorder. For example, though they are often unable to interact with their peers, they can connect with younger children who will allow them to set the terms of play.

Girls in the study also “avoid demands” at a significantly higher level than boys. Other studies have reported that people with autism avoid everyday demands made by other people because they feel anxious when not in control. Girls may be more likely to avoid demands passively, by ignoring them, rather than acting out like boys.

In total, 6 of 16 items in the original test — which an earlier study found best predicted Asperger syndrome — were more typical of boys than girls in the new version.

Because their symptoms are either less overt or more difficult for clinicians to recognize as indications of autism, girls may also be diagnosed at a later age.

According to unpublished results presented at IMFAR, girls with Asperger syndrome are diagnosed on average at 10 years of age, two years older than the average age of diagnosis for boys.

In that study, Dutch researchers surveyed 2,000 people with autism, including 400 women, from infancy through age 85. Parents of the younger children with the disorder answered the survey questions, but whenever possible, those with autism answered for themselves.

Many of the older women had not been diagnosed until adulthood. “They were missed in DSM-III and weren’t diagnosed till the criteria [for autism diagnosis] were expanded in DSM-IV,” says lead investigator Sander Begeer, assistant professor of developmental psychology at the VU University of Amsterdam.

“What we are seeing right now with Asperger’s is similar to what we saw 20 years ago among women with autism,” he says. “At the time it was perceived as a men’s disorder.”

Because there are far fewer girls diagnosed with autism, researchers tend to rely mostly on data from boys. This creates a self-reinforcing cycle in which the symptoms of boys are taken as the norm for the disorder, perhaps leading to fewer girls being diagnosed, and thus included in studies.

“It took us years to get ten girls in our low-risk sample,” says Diana Robins, associate professor of psychology and neuroscience at Georgia State University, lead investigator on a study of sex differences in the early screening of autism spectrum disorders presented at IMFAR.

Robins and colleagues used the Modified Checklist for Autism in Toddlers to screen nearly 16,000 children for autism at age 18 or 24 months. Initially, males comprised about 58 percent of the 1,352 children who screened positive for autism. At each succeeding phase of the diagnostic process, the sex ratio shifted, however.

Of the 69 individuals who were ultimately diagnosed with autism, 81.2 percent were male, with 56 boys versus 13 girls. “It fits fairly well with the published sex ratio,” Robins says, “so that’s promising.”

Robins works with younger children and says she doesn’t believe her screening study missed many girls. But she acknowledges that more girls may be missed at school age or older.

More girls than boys may also be just under the threshold that separates individuals with ‘clinically significant impairment’ from others with more minor symptoms, she adds. “Whether there are more girls out there hovering near that threshold is an empirical question that someone needs to ask.”