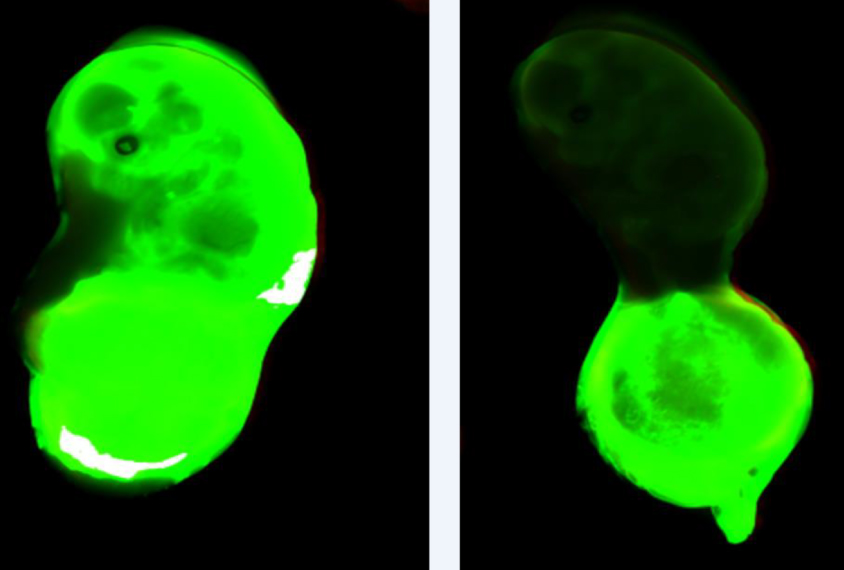 A specially made ‘decoy’ protein blocks an immune molecule from crossing the placenta. The work is in mice, but it suggests that the same strategy could prevent the molecule from triggering fetal brain changes that contribute to autism.

About 10 percent of women with an autistic child have certain immune molecules, or antibodies, that attack brain proteins. There is increasing evidence that in a pregnant woman, these antibodies affect the developing brain and contribute to autism in her child.

A protein that blocks the antibodies may offer a safe way to prevent them from attacking the fetal brain.

“We want to choose some type of therapy that is very safe for mom and fetus,” says Lior Brimberg, assistant professor at the Center for Autoimmune and Musculoskeletal Disorders at the Feinstein Institute for Medical Research in Manhasset, New York. There are many more steps before the approach could be tried in people, however.

The decoy is a version of a protein called CASPR2, one of the most common targets of the anti-brain antibodies found in women who have a child with autism. Mutations in CNTNAP2, the gene that encodes CASPR2, are linked to autism.

Brimberg and her team added the decoy to blood taken from a woman who has an autistic child and anti-CASPR2 antibodies; the treated blood no longer interacts with CASPR2 in a lab dish. The team also injected the decoy protein into mice that had high levels of anti-CASPR2 antibody in their blood; the blood from these mice, too, no longer interacts with CASPR2.

These results offer evidence that the decoy sops up antibodies to CASPR2 in the bloodstream, as it was designed to do.

The team then tested the safety of the decoy in pregnant mice. They administered three doses of the treatment and looked for signs of inflammation that could indicate that the ‘immune complex’ of protein plus antibody was building up in the mother’s body, which could make her sick.

At the same conference in 2015, Brimberg’s team showed that male mice exposed to CASPR2 antibodies in utero have a thin cortical plate — a layer of cells involved in the development of the cerebral cortex — and are less sociable than controls. The researchers are testing whether giving the decoy to pregnant mice prevents these effects in her pups.

A pregnant woman would require multiple injections of a similar decoy protein, starting before antibodies begin to cross the placenta in the second trimester of pregnancy, Brimberg says.

The approach would only work for the subset of women who carry antibodies to CASPR2. Women who already have a child with autism may be especially interested in knowing if they have the antibodies, Brimberg says.

However, some women who carry antibodies to CASPR2 do not have a child with autism. There are many types of the antibodies, and the researchers are trying to determine whether only some subtypes are linked to autism.