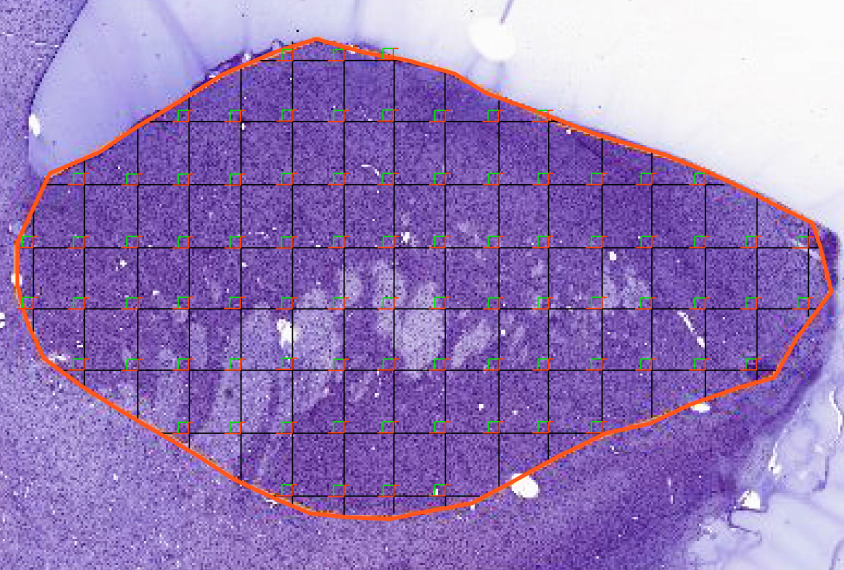 Valuable resource: One set of images shows the number of neurons in specific brain regions.

Researchers presented the library, called MacBrainResource, on Sunday at the 2019 Society for Neuroscience annual meeting in Chicago, Illinois.

The material comes from Pasko Rakic and the late Patricia Goldman-Rakic, who began studying brain development in macaques more than 50 years ago. Their original collection contains roughly 300 brains. About 10,000 slides from 185 of these sectioned specimens have been digitized so far, says Alvaro Duque, a research scientist in neuroscience at Yale University.

The material is organized into five parts. One comprises tissue showcasing neurons born on each day of embryonic development. Researchers can use it to probe when and how specific populations of neurons emerge.

A second part maps neuronal projections between different regions of the brain; the third consists of images of brain tissue from which specific regions have been removed; the fourth is a model of the development of the frontal cortex; and the fifth contains electron microscope samples that highlight synapses, or neuronal junctions.

Researchers can examine the tissue itself at Yale or request the high-resolution slides in a format compatible with most software programs for processing images.

The resource is evolving because much of the tissue amassed by the couple has not yet been sectioned. Duque is assembling a new set by staining tissue within individual brains with markers to identify different groups of neurons.

The team also takes requests, Duque says: Researchers who would like tissue stained with a particular marker should let him know.

“We are trying to advertise the resource as much as possible, so that people use it,” Duque says.