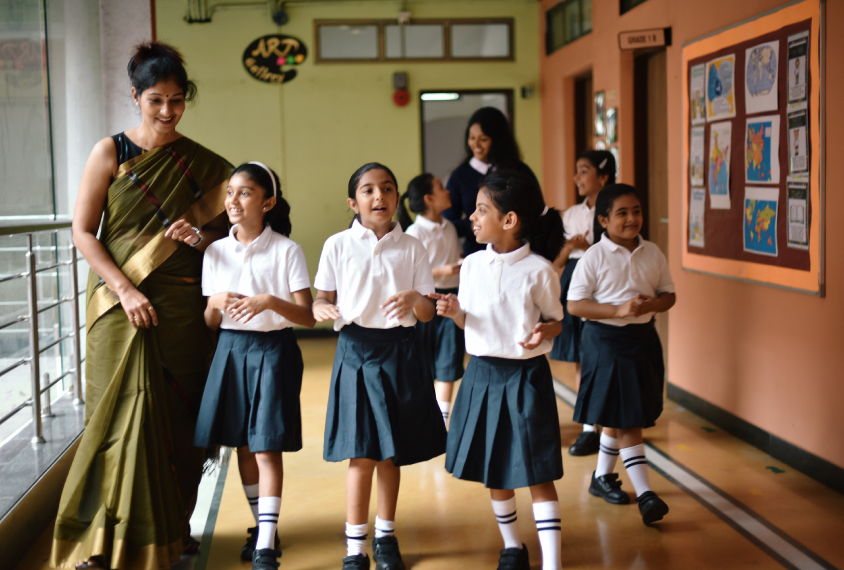 In rural South Africa, young children may look at adults’ faces while having a conversation, but they don’t usually make direct eye contact because it is considered disrespectful. Yet a lack of eye contact is a hallmark of social deficits in people with autism, and as such it is something Western clinicians look for when diagnosing the disorder.

There are other examples of children’s behaviour — such as finger pointing to draw attention to something, or conversing with adults as if they are peers — that are commonplace in the West and included in tests of autism.

“Most autism research originates in the West, and we have a particular view of what autism is, a particular view about how children behave and interact with adults,” says Courtenay Norbury at Royal Holloway, University of London, who worked with children with autism from ethnically diverse backgrounds in east London1. “Other cultures might have very different expectations of how children behave.”

This viewpoint makes it challenging to use behavioural diagnostic tests for autism in places where the disorder may look — and even be — different from in the West. But with growing interest in autism’s true prevalence worldwide and the need for autism services in poor countries, researchers are grappling with the best ways to objectively diagnose the disorder.

Parent support groups for autism exist in more than 100 countries. “We know that autism is diagnosable and observable across cultures,” says Mayada Elsabbagh, a researcher at McGill University in Montreal, Canada, who is leading a group within the International Society for Autism Research on cross-cultural issues. “But the exact details of how different cultures or settings modify autism is unknown,” she says.

For many years, the relevance of culture to autism was ignored. Some researchers believed that autism was intrinsically linked to modernity and Westernization, and was rare in other cultures. Others assumed that because autism is a neurobiological disorder, its expression should be the same everywhere2.

But many researchers are beginning to take a subtler point of view. “While autism itself, the neuropathology of it, may not be culturally determined, our interpretation of those behaviours and our response to those behaviours is,” says David Mandell, associate director of the Center for Autism Research at the Children’s Hospital of Philadelphia in Pennsylvania.

Before they can assess autism worldwide, researchers must measure how often various behaviours occur in different cultures and establish the norm, says Charles Zaroff, a psychology researcher at the University of Macau in China. They will also need to work with parents of children with autism to identify how it might manifest in a given culture.

In many Asian cultures, for example, children are expected to express respect for their elders through their language and behaviour, but these aspects of social interaction can be tricky for children with autism to master. Such difficulties would hardly be noticed in much of the West. “Lacking that deference would appear completely appropriate in the United States, but that lack of attention to the strata in society based on age would appear very abnormal in places like China,” Zaroff says.

Because the most widely used screening tests for autism were developed in the United States and the United Kingdom, researchers are finding that they have to adapt the tests to identify autism in other countries. For example, part of the Autism Diagnostic Observation Schedule (ADOS), one of the gold-standard diagnostic instruments for the disorder, involves observing a child having a pretend birthday party — singing ‘Happy Birthday’, cutting and distributing slices of cake, and so on. But in rural areas of South Africa, birthdays often aren’t celebrated, so even typically developing children might be unfamiliar with this ritual.

So, for a study of early autism diagnosis in KwaZulu-Natal province, researchers developed an alternative scenario of shared excitement, involving a traditional African song. “It’s finding the intention of what you’re trying to elicit, and then finding an alternative,” says Amy Wetherby, director of the Autism Institute in the College of Medicine at Florida State University in Tallahassee, who led the work.

Wetherby developed a list of 22 early signs of autism based on studies of several hundred children in Florida. Unpublished data from 19 children show that many of the same red flags differentiate children with autism from their typically developing peers in South Africa as well, says Wetherby.

“The amazing part to me is the unusual gestures,” says Wetherby. For example, rather than pointing or looking together at an object, children with autism in the United States may communicate by taking an adult’s hand and moving it to the object. “That’s an early sign of autism, and we see that [in South Africa] as well.”

One reason the patterns of autism symptoms appear to be similar across cultures may be that the participants in this study are only 18–36 months of age. “The earlier we go,” Wetherby says, “the more similarities we will see.”

More culturally specific or environmentalsymptoms of autism may emerge as children grow up. For example, according to one recent study, 5–12-year-olds with autism in the United States are more sensitive to sights and sounds than are children with autism in Israel — although the authors note that genetic, cultural and environmental factors might be an influence, as well as the parents’ reporting of their child’s behaviour3.

If cultural differences emerge later in childhood, this could further complicate the diagnosis of autism. The disorder tends to be diagnosed later outside the United States and Western Europe, in part because of a lack of awareness of both developmental norms and autism. A parent who notices that a child is withdrawn or has a language delay may not recognize that as a symptom of autism. 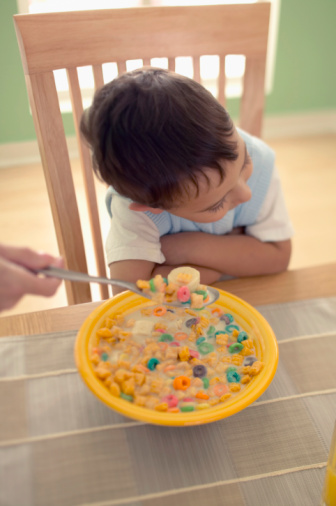 Fuse/Getty Images Picky eating might point to autism, but a parent noticing a child’s eating habits is cultural.

In-depth interviews in Goa, India, show that the parents there aren’t attuned to early social and communication milestones, and they usually become alarmed only when a child starts preschool and has trouble connecting with peers4. “What really concerns the parents initially is, ‘he’s not fitting in with everybody else’,” says Gauri Divan, a paediatrician working with the child health organization Sangath in Goa.

Picky eating might point to autism, but a parent noticing a child’s eating habits is cultural.

In some cultures, parents may notice symptoms that are not typically associated with autism. Among Latino migrant workers in Florida, for example, “the first complaint seems to be that the child is a picky eater,” says Roy Richard Grinker, a George Washington University anthropologist in Washington DC, who is collaborating with Wetherby on a study of autism in this community. “But then, if you go into more detail, you start to see that these children the mothers are describing are probably going to fall on the autism spectrum.” Grinker speculates that these mothers are particularly aware of eating habits because they are poor and food is scarce.

Some evidence suggests that doctors need to be trained to spot the signs of autism from oblique comments made by parents. For example, Mandell says, white parents in the United States often emphasize a child’s lack of communication by saying, ‘my child doesn’t respond when I call his name’, while black parents tend to use phrases like ‘my child won’t mind me’. Doctors may be less apt to consider a diagnosis of autism when they think a parent is describing a disobedient child rather than a socially impaired one — possibly helping to explain why autism is diagnosed less frequently among black children.

If parents in different cultures developed the same sense of autism awareness as in the West, research suggests, autism prevalence around the world might look no different to — or may be even higher than — in the United States or the United Kingdom.

In South Korea, researchers suggest that one reason for the underdiagnosis in autism may be that the stigma attached to the disorder is particularly strong in that country7. The diagnosis of a Korean child with autism diminishes the marriage prospects of siblings, and it can even affect his or her parents’ careers. Parents often prefer that their child be labelled as having ‘reactive attachment disorder’, or ‘lack of love’ as it’s known in Korean, a diagnosis that affects the mother’s reputation.

Still, about two-thirds of the children the South Korean study identified as having autism attended mainstream schools and were not receiving any autism-related services. This widespread mainstreaming raises the question of whether a Western-defined autism diagnosis is meaningful if children are able to function reasonably well in their cultural context. “That’s an interesting issue,” says Norbury, who questions “whether we should be worried about these kids, and whether we should be making families worried about them, if there wasn’t any kind of worry before.”

Other children identified in the study may be what Koreans would call a ‘border child,’ a new term that is emerging to describe some who would probably be diagnosed with autism in the West7. “This is a child who is high-functioning enough to be in a mainstream school, but who has significant social impairment,” Grinker says. Parents prefer this label, he says, because it implies that the child is only impaired socially, not intellectually, and that the condition is temporary.

In stigmatizing autism, South Korea is not unique. But Elsabbagh points out that attitudes towards a disorder often change as more resources and services become available. That, she says, is one powerful argument for more cross-cultural research on autism.

Another is that it will advance understanding of the biology of autism. “We’ve constrained our participant pools to those of European ancestry, and we have also not considered very thoroughly some of the cultural determinants that may shape autism in different ways,” says Elsabbagh. “Taking a more global perspective would allow us to see that underlying commonality much more easily.”