About 15 years ago, Ashura Buckley made an observation that intrigued her.

She was monitoring the overnight brain activity of children with autism or developmental delay using electroencephalography (EEG) and noticed that their brain wave patterns were strikingly different from those of their neurotypical peers.

Specifically, in their recordings, the patterns that mark different stages of sleep were often much harder to spot, says Buckley, a pediatric neurologist and sleep medicine specialist at the U.S. National Institute of Mental Health in Bethesda, Maryland. So much so that Buckley and her colleagues could sometimes guess who had a neurodevelopmental condition just by looking at the EEG.

“It seemed to me that there was an enormous amount of information just in that observation,” she says.

Since then, Buckley has been working to decode the meaning of brain activity that occurs during sleep. In November, she launched a project to assess the genetics, sleep and behavior of neurotypical children and those who have been flagged for, diagnosed with or have an older sibling with a neurodevelopmental condition, such as autism.

The goal of the new study is to decipher whether electrophysiologic signatures can predict later behavioral issues, such as problems with communicating or socializing. Buckley and her colleagues plan to add data from the study to a freely available online repository.

And many other efforts now underway are taking aim at the complicated ties between sleep and autism — with good reason. Up to 86 percent of people on the spectrum have trouble sleeping, and sleep problems and autism overlap in myriad ways, research shows. Yet the relationship between the two, like the function of sleep itself, remains elusive. Sleep problems may contribute to or derive from autism traits — or both.

For years, disturbed sleep has been thought of as a side effect of autism, but mounting evidence suggests it may be a core feature, with shared underlying biology. By mining these connections, Richdale says, researchers could uncover clues about the roots of autism, discover markers that define subgroups of the condition or find new ways to help autistic people with intractable sleep problems.

The overlap between neurodevelopment and sleep begs further research, Buckley says. “It’s woefully understudied and an incredible gold mine.”

One area in which the biology of autism and sleep problems coalesce is the regulation of sleep-wake cycles. The circadian clock governs sleep and other daily processes via the coordinated expression of ‘clock’ genes, and it is a major organizing system: “It’s basically involved in all aspects of brain function,” says Jonathan Lipton, assistant professor of neurology at Harvard University.

This 24-hour biological timer is also intimately connected to pathways involved in neurodevelopmental conditions, he says.

Alterations in several autism-linked genes affect the circadian clock. For example, mice carrying mutations in either TSC1 or TSC2 — genes that underlie the autism-linked condition tuberous sclerosis — have atypical circadian rhythms, such as shortened day-night cycles, Lipton and his colleagues have found. Levels of BMAL1, a protein that is a core component of the clock, are also unusually high in the mice. 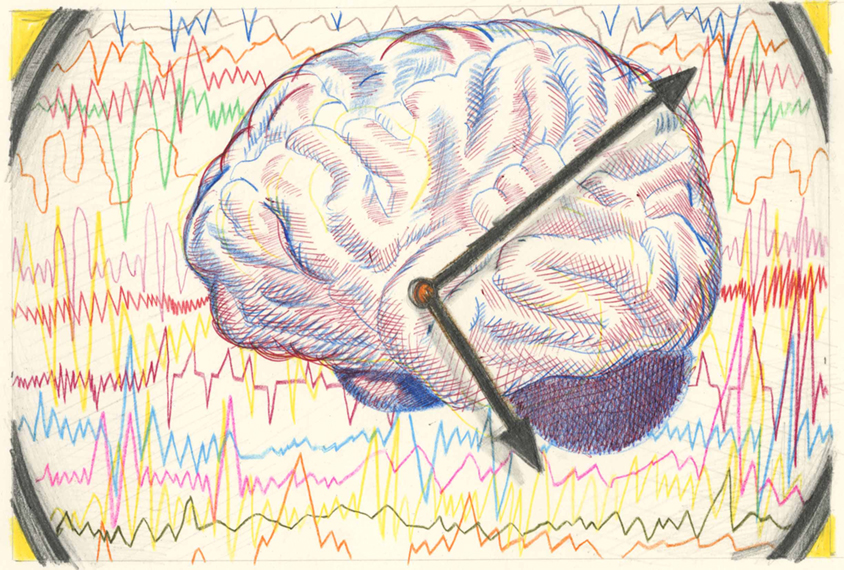 Genetically modifying the mice to produce less BMAL1 normalizes their day-night cycles, Lipton and his colleagues reported. So modulating the clock may provide a way to improve sleep among people with the condition, and it might ease some other autism traits, too, he says.

Processes involved in regulating sleep may also be altered in mice carrying a mutation in SHANK3, a top autism candidate gene. Usually, the need to sleep increases the longer an animal stays awake, but mice missing the gene have trouble falling asleep, even when they are sleep deprived, according to Lucia Peixoto, assistant professor of biomedical sciences at Washington State University Spokane.

What’s more, sleep deprivation exacerbates the gene-expression differences seen in the brains of SHANK3 versus wildtype mice, Peixoto’s team has found. Many of the differentially expressed genes are tied to the circadian clock.

Peixoto and her colleagues are now investigating how SHANK3 — which encodes a protein that helps support synapses — can affect the expression of sleep-related genes. Previous research has also linked synapse function to sleep: Slumber plays a critical role in synaptic plasticity, the process by which neurons alter the strength of their connections in response to new information. And sleep loss can disturb the plasticity that underlies learning, memory and critical periods of brain development in infancy.

“Having sleep problems from early on can have a profound, long-lasting effect on how experience shapes the brain,” Peixoto says, noting that among prairie voles, sleep disruption early in life also leads to altered social behaviors, according to one 2019 paper. She says she suspects that sleep loss might contribute to autism by altering brain development. If that’s the case, improving sleep from an early age — by practicing habits that support sleep, for example — may lead to better outcomes and an improved quality of life for people on the spectrum, she says.

The overlap between sleep problems and autism may also reflect shared alterations in brain regions and circuitry, EEG recordings suggest.

Overnight EEG recordings in autistic children show changes in sleep spindles — short bursts of activity that occur during non-rapid eye movement sleep and may help consolidate memories. The children have fewer spindles than do neurotypical children or those with developmental delay but not autism, Buckley and her colleagues found in 2018, and across all the participants, spindle density tracked with a measure of social function.

“In terms of a biomarker, it is very attractive,” she says.

The findings need to be replicated, but they suggest that the thalamic reticular nucleus (TRN) plays a role in autism, Buckley says. Sleep spindles originate in the TRN, a section of the thalamus that modulates communication with the cortex. The TRN expresses a gene linked to autism, PTCHD1, during development, and mice lacking the gene have fragmented sleep.

Research on sleep spindles in autism is still relatively new. The electrophysiologic signatures that characterize autism have yet to be clearly defined, and findings on the relationship between spindles and sleep difficulties are preliminary, according to Dara Manoach, professor of psychology at Harvard, who has studied sleep spindles in autism and schizophrenia.

But a larger body of work supports the role of spindles in traits associated with schizophrenia — which share some similarities with autism. People with schizophrenia have less spindle density than typical people do, studies show, and this deficit is linked to difficulties consolidating memories overnight. Spindles also couple with oscillations from other brain regions, synchronized activity that is important for memory processing in schizophrenia, Manoach and her colleagues have found.

The coupling of spindles with other oscillations may be disrupted among people with autism, Manoach discovered last month when she re-examined sleep data her team had collected for a previous autism study.

“What this seems to mean is that there’s some sort of [aberrant] communication between the thalamus and cortex during sleep,” she says.

The asynchronous oscillations Manoach and her colleagues reported were not associated with reduced memory consolidation in autism, but the findings point to differences in the function of the TRN. Because this brain structure gates the relay of sensory information between the thalamus and the cortex during wake and sleep, alterations in its function may underlie sensory sensitivities and disrupted sleep in autism, Manoach says.

And if autistic people do have asynchronous oscillations, it could offer an opportunity to intervene and improve some of their traits.

Playing brief bursts of ambient noise at precise times during the night, for example, can enhance the coupling of brain oscillations and improve memory consolidation in non-autistic people, research shows. Manoach and her colleagues are testing whether this approach can synchronize brain activity and ease memory troubles in people with epilepsy.

Such an approach may only ever help a subgroup of people. There are likely many causes of disturbed sleep among people on the spectrum, Richdale notes, and for some, poor sleep habits, anxiety or depression might be more to blame than biology. “That fits into the idea that there are multiple pathways to autism,” she says.

Nonetheless, sleep is a worthy treatment target in autism, Buckley says. “It does something that the brain needs in order to develop correctly.” Also, sleep problems are one of the most urgent concerns among families with autistic children, yet researchers currently have few ways to intervene.

If nothing else, studying the connection between autism and sleep opens up new ways of thinking about both conditions, Lipton says, because they are “windows into each other.”