Coronavirus’ effect on autism research may have long-term consequences 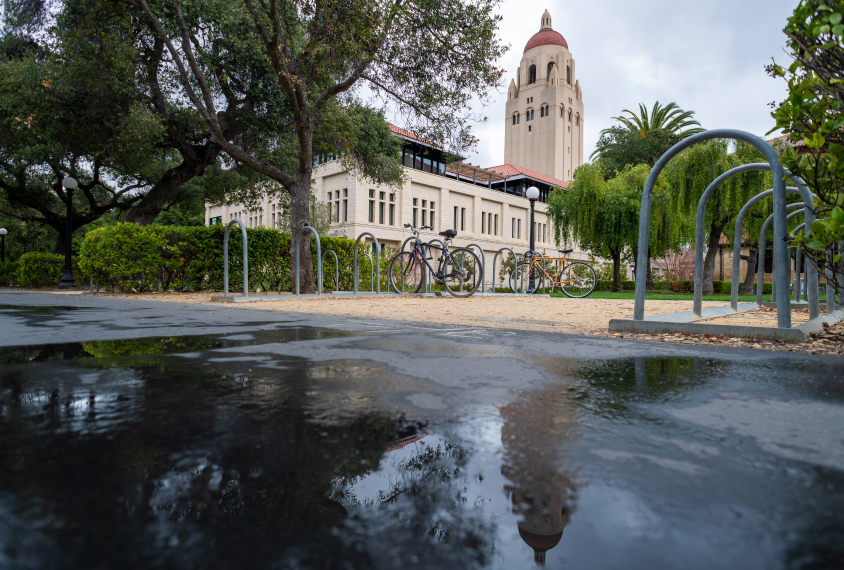 Closed campus: Hundreds of colleges and universities have sent students and faculty home in an attempt to slow the pandemic.

The coronavirus pandemic has shuttered universities and institutes, leaving scientists scrambling to continue their research.

Hundreds of colleges and universities in the United States have dispatched students home and are aiming to transition to remote learning. Scientific organizations are canceling conferences or moving them online. And scientists have had to put research projects and clinical trials on hold.

These decisions — all done with the intention of slowing the pandemic — may stall and stymie research, with long-term consequences for the field. It may also hurt career prospects for graduate students who rely on conference presentations to gain exposure.

“From everything that we’re seeing, this isn’t like a two-week hiatus,” says Helen Egger, chair of the child and adolescent psychiatry department at NYU Langone Health in New York City. “We’re in the middle of the hurricane, and there’s no indication how much worse it’s going to get or when it will end.”

One long-term benefit is that the crisis may give universities and professional organizations a crash course in embracing technology.

“These types of experiences — as long as we are having them, unfortunately — are giving autism [researchers] and other researchers more skills to be able to have online conferences and online teaching as needed,” says Steven Kapp, lecturer in psychology at the University of Portsmouth in the United Kingdom.

Some labs were prepared to meet the challenge, and they quickly put their emergency plans into place when news of the pandemic intensified. But, illustrating how rapidly the situation is changing, some of their plans derailed over the weekend.

The members of Gaia Novarino’s lab in Austria, for example, had divided among three offices — and could sub in for one another — and did not plan on meeting as a single group during the pandemic.

Novarino’s team has experimental mice that need to be cared for, as well as expensive 6-month-old brain organoids whose growth media must be changed every few days.

“The long-term work needs not to be stopped, because otherwise this is going to be a real disaster, and we’ll lose a year of work at least,” Novarino, professor of neuroscience at the Institute of Science and Technology in Klosterneuburg, told Spectrum on Thursday.

But on Sunday, the Austrian government forbade people from leaving their homes except for necessities or emergencies, so even her contingency plan may be put on hold.

Even without government restrictions, filling in for one another is not an option for everyone.

Researchers at other institutions have decided to hold off on clinical trials, out of concern for the health of their participants.

“If the study isn’t within typical care, it’s difficult to make the case that the benefit for the potential participant overweighs the risk,” says Egger, whose department is running a clinical trial on the use of cannabinoids in children with autism. NYU Langone has issued guidance to researchers on weighing the risks and benefits for clinical-trial participants but left the ultimate decision to researchers.

The U.S. National Institutes of Health has notified researchers that it will be flexible in its policies for application and reporting deadlines for clinical trials in light of the crisis.

The situation is less dire for labs that do less wet-lab work and rely more on computational tools. Work in Jonathan Sebat’s lab at the University of California, San Diego, for example, is continuing more or less uninterrupted.

Much of the Sebat team’s genetics research is computational, so the lab has transitioned smoothly to remote work since the University of California system sent students home last week. Sequencing still requires a technician in the lab, but so far that has not been an issue, Sebat says, because it does not require groups of people to meet in person.

Moving to online video platforms may change how students learn and teachers teach — which may be both beneficial and not.

“It is going to be significant in terms of how it’s going to affect the teaching and experience of undergraduate students,” says Sebat, associate professor of psychiatry and cellular and molecular medicine.

Dozens of niche organizations have canceled their spring conferences in response to the pandemic. The International Society for Autism Research (INSAR) has not yet canceled its conference, scheduled for May in Seattle, Washington, but is widely expected to either cancel or adopt a remote-only arrangement.

Sebat is the co-organizer of another autism conference, scheduled for September in China, and says he feels responsible for the health and well-being of attendees.

“Everyone who has a fall scientific conference planned is in a wait-and-see mode, but we will have to start making decisions as we approach the summer,” he says.

Even if conferences convene as planned, institutional travel bans may prohibit many attendees from making the trip, says David Beversdorf, professor of radiology, neurology and psychiatry at the University of Missouri in Columbia, Missouri.

Moving conferences to the internet may have its benefits. An informal poll Kapp posted on Twitter shows that less than 10 percent said they would not be able to attend INSAR if it were moved online, and more than 25 percent said the move would make it more possible for them to attend.

“I think for myself, as well as for people who don’t have the budget and personal finances to pay for the travel and accommodation, such as people from a different continent, that an online conference could enable many more people to participate,” Kapp says.

Moving INSAR online would require the organization to invest time in teaching presenters and participants how to use technology, a welcome development for autistic attendees who have difficulty with the sensory environment of a large conference, he says: “There could be some positive downstream effects of a greater technological literacy, as unfortunate and tragic as the situation is.”