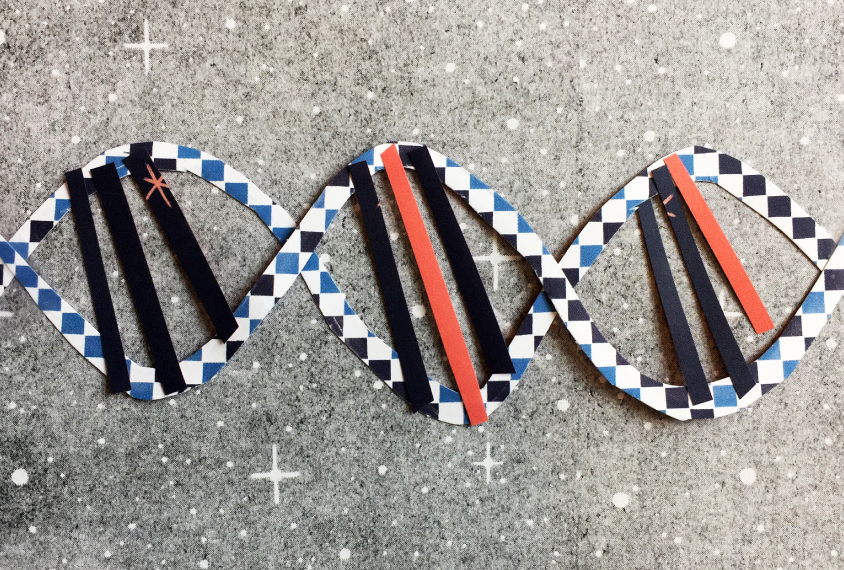 Mitigating harm: Some genetic variants can compensate for the effects of a harmful mutation.

Whether a mutation is harmful, and how harmful it is, depends on what other genetic variants an individual carries. Scientists have long believed this to be the case, and a new study provides compelling evidence that variants that control gene expression are often involved1.

Specifically, the study found that common variants — those present in more than 1 percent of the general population — that regulate gene expression can alter a mutation’s power to harm, or its ‘penetrance.’

“This specific mechanism underlying modified penetrance really seems to be there and is quite common,” says lead investigator Tuuli Lappalainen, assistant professor of systems biology at the New York Genome Center.

The study hints that researchers should take a holistic view of risk factors that have traditionally been studied in isolation.

“You can no longer just look at the pathogenic coding variant,” says Lucia Peixoto, assistant professor of biomedical sciences at Washington State University Spokane, who was not involved in the study.

Lappalainen’s team analyzed sequence and gene-expression data from a random sample of 449 people. The data come from the Genotype-Tissue Expression (GTEx) project, which catalogs variants that alter the expression of particular genes.

“In the general population, we see signs of selection favoring decreased penetrance of these harmful variants,” Lappalainen says.

The team then looked for this pattern in sequences from 615 people with cancer and 2,600 people with autism. The cancer data are from The Cancer Genome Atlas, and the autism data from the Simons Simplex Collection. (The latter is funded by the Simons Foundation, Spectrum’s parent organization).

“This adds a layer of complexity to what we know,” says Santhosh Girirajan, associate professor of biochemistry and molecular biology at Pennsylvania State University in State College, who was not involved in the study. The results indicate that an individual’s genetic background can determine whether a mutation will have an effect, he says.

The findings may eventually enable clinicians to predict an individual’s risk of cancer or autism from genetic sequences, but sample sizes are still too small to do so.

“We can only say that for these groups of genes, we see these general patterns,” Lappalainen says. “What we cannot say is that in any specific gene, this phenomenon is happening.”

To verify that a specific variant can modify a mutation’s effects, her team used the gene-editing tool CRISPR. They created kidney cells with a harmful variant in a gene called FLCN that is known to cause Birt-Hogg-Dubé syndrome, a condition associated with kidney cancer.

The variant triggers widespread changes in gene expression, the team found. But when it is combined with a common variant that enhances the gene’s expression, its effects become muted.

One next step would be to use CRISPR to test how mutations in autism genes linked act in concert with common variants.