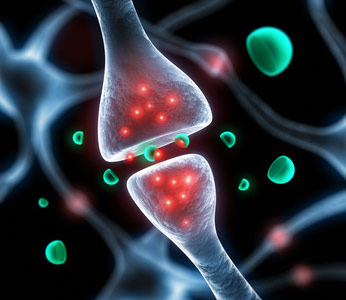 Last week, some of the best minds in autism research gathered at a symposium in Switzerland to debate how to use recent advances, most notably in the genetics of the disorder, to aid development of new treatments.

It became clear that one of the biggest stumbling blocks is autism’s complexity. The disorder’s diversity has been evident for years, manifesting in the myriad different behaviors shown by people who have it. But now genetic studies have revealed a far greater level of molecular complexity than scientists anticipated, implicating hundreds of genes in the disorder.

Having hundreds of possible treatment targets makes it challenging to choose where to focus drug development efforts. But researchers hope to cut through this complexity by focusing on the synapse, the junction between neurons. A number of genes linked to autism code for proteins that function at the synapse, and dysfunction at these vital communication points is thought to underlie at least some of the deficits associated with autism.

Even there, drug developers hope for further simplification. Perhaps the symptoms of autism could be ameliorated with just a handful of drugs, some designed to turn up the activity of the synapse and some to turn it down.

But some research presented at the conference highlights just how complex the synapse is. Tom Südhof, professor of molecular and cellular physiology at Stanford University in Palo Alto, California, presented work showing that a single mutation can influence the activity of synapses differently depending on the cell type and its location in the brain. A single mutation can even affect the function of two synapses on the same neuron in different ways.

Südhof’s team studies mice with a mutation in neuroligin-3, one of the first synaptic genes linked to autism. Knockout mice, which lack the gene, have few outward symptoms of the disorder and no changes in strength of synapses. So-called knock-in mice, which are engineered to carry a version of the gene that mimics one of the human mutations, show increased excitatory synaptic strength in the hippocampus. The effect in the somatosensory cortex — an area involved in processing touch — however, is completely different.

“The mutation acts in a context-specific manner,” Südhof says.

In unpublished research presented at the conference, Südhof and his collaborators recorded electrical signals at two inhibitory synapses on the same postsynaptic neuron in knockout and knock-in mice, a technically demanding experiment. They found that the same mutation has opposite effects on the postsynaptic cell, depending on the type of presynaptic cell. In one case, the mutation increases the strength of the synapse, while in the other, it is weakened. To make things more complicated, that response depends on the frequency at which the presynaptic cell is stimulated.

“Something like this has never been done on other mutations,” Südhof says. “It’s a level of complexity that I think is important for understanding the brain, but is not necessarily welcomed.”

Luca Santarelli, head of neuroscience at Roche, the pharmaceutical company that sponsored the conference, is still optimistic. “Understanding everything from the bottom up is very challenging,” he says. “As we think about drug discovery, we probably have to examine the effects of a number of genes until we identify clear patterns.”

If new mutations follow certain patterns, researchers may then be able to identify clusters of biological changes, each of which could be targeted with different drugs. “Then we are starting to talk about something more tractable from a pharma perspective,” Santarelli says.