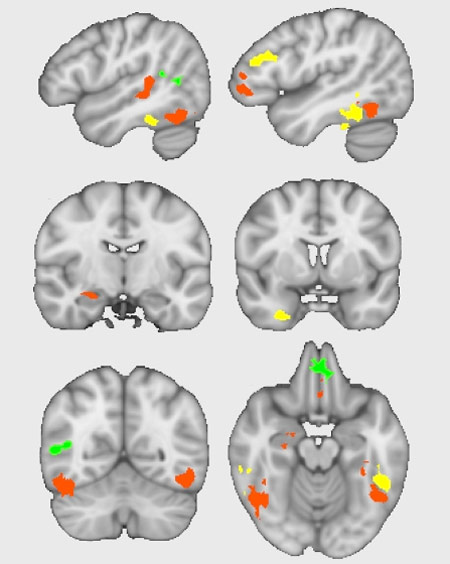 One of the most striking findings in recent years regarding the genetics of neurodevelopment is the variety of problems that can result in different people from spontaneous deletion of the exact same stretch of DNA.

Deletion or duplication of a chromosomal region known as 16p11.2, for example, present in about one percent of people with autism, is also linked to schizophrenia, speech delay and other cognitive impairments. And sometimes people with this genetic event have no observable symptoms.

What leads some people to develop more severe disorders and others to have much milder problems, or none at all? One possibility, of course, is that those who are more severely affected have secondary mutations that influence the outcome, or were exposed to environmental risk factors. But some scientists are flipping that logic on its head, looking for protective factors that might prevent people with high-risk mutations from developing a disorder.

“We are all looking for susceptibility genes, but we should also look for protective genes,” because insights from how those mutations exert their beneficial effects could provide important leads to developing treatments, says Thomas Bourgeron, professor of genetics at the Institut Pasteur in Paris, said at the Translational Neuroscience Symposium in Switzerland in April.

When searching for the effects of mutations in SHANK2, a gene that has been linked to autism and other disorders, Bourgeron has found rare instances of people with a deletion of this gene who have no discernable features of autism. “We want to study more people like that, whom I call ‘survivors,’” he says.

Rather than searching the genome, Kevin Pelphrey is looking for protective factors in the brain itself. His team has done brain imaging studies of children with autism, their unaffected siblings and typically developing children. The researchers presumed that although unaffected siblings show no outward signs of autism, because of the hereditary nature of the disorder, they might have some genetic risk factors.

In research published in 2010, Pelphrey’s team found significant differences in brain activity between controls and unaffected siblings, even though their outward behavior was the same. Those differences, seen in the right posterior superior temporal sulcus and ventromedial prefrontal cortex (and highlighted in green in the image above), could reflect the brain’s successful attempt to compensate for changes driven by genetic risk factors. The two brain areas have previously been implicated in aspects of social perception and social cognition.

To better understand these putative compensatory regions, Pelphrey and his collaborators are using transcranial magnetic stimulation — a non-invasive tool that can influence brain activity — guided by functional magnetic resonance imaging to inhibit activity in those areas. They then look at a variety of measures, including eye tracking and response to biological motion, both of which are impaired in people with autism, to see if they observe temporary autism-like behavior in these unaffected siblings.