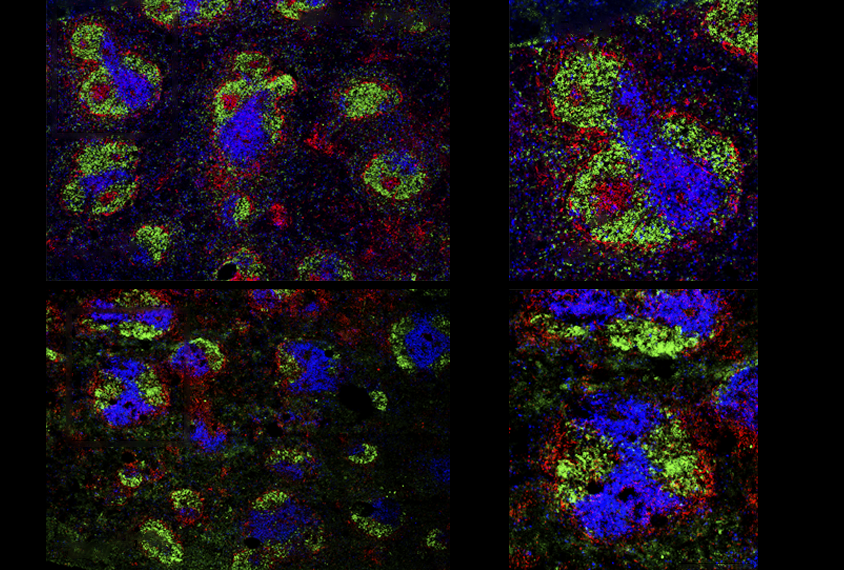 Who doesn’t love a crossover episode? This week, several tweets highlighted a collaborative effort between geneticists and immunologists. Together they showed that a recessive mutation in both copies of PAX5, a top autism candidate gene that regulates the development of immune cells, can impair brain development in mice and cause a form of antibody deficiency called hypogammaglobulinemia.

The study’s co-lead investigator Aleksandra Badura, associate professor of neuroscience at Erasmus University in Rotterdam, the Netherlands, tweeted, “It’s been a privilege to collaborate with such incredible group of scientists and clinicians …”

I am extremely excited to share with everyone our most recent study. It’s been a privilege to collaborate with such incredible group of scientists and clinicians from @ErasmusMC and @IMPvienna https://t.co/XtUnM0Crde
I am also very grateful to the patient and his family. pic.twitter.com/usk7Tnluva

Study investigator Louisa Hill, a postdoctoral researcher at the Research Institute of Molecular Pathology in Vienna, Austria, shared that team spirit, tweeting, “It was great to be part of this collaborative effort.”

Very happy to see this work out @JExpMed ! ????Congratulations to Fabian, @SarahGruenb and the other authors! It was great to be part of this collaborative effort. https://t.co/aVDlkKA8Fe

Sarah Gruenbacher, a graduate student at the research institute, who was also involved in the study, echoed her colleagues in a quote tweet, adding, “Give it a read to see how Pax5 is important in #Bcells and #braindevelopment!”

I am beyond excited to see our story published @JExpMed ! It was a fantastic collaboration with outstanding clinicians and scientists but specifically with Fabian Kaiser and @AleksBadura at @ErasmusMC!
Give it a read to see how Pax5 is important in #Bcells and #braindevelopment! https://t.co/5pt04D8jry

“We have known for ages that PAX5 is highly expressed in B cells & the brain,” tweeted the Immunology and Immunodeficiency Lab at the Garvan Institute of Medical Research in Sydney, Australia. “Now, Busslinger lab has ID 1st case of human recessive PAX5 deficiency with hypogamma & ASD.”

We have known for ages that PAX5 is highly expressed in B cells & the brain. Mouse models showed the role of PAX5 in B cell devel’t. Now, Busslinger lab has ID 1st case of human recessive PAX5 deficiency with hypogamma & ASD. Excellent work! @JExpMed https://t.co/9X5PWLRkvu

“A very cool story that shows how twisted and collaborative research often is these days,” wrote Benedikt Mandl, head of communications at the Research Institute of Molecular Pathology, in a quote tweet, calling the research an exciting crossover between immunology and autism.

A very cool story that shows how twisted and collaborative research often is these days. In this case, it resulted in an exciting #immunology / #autism cross-over. #ASD #ADHD #braindevelopment https://t.co/jlSMDNhzSi

In a separate thread, Konrad Karczewski, a computational biologist at the Broad Institute in Cambridge, Massachusetts, shared his paper that showed associations among rare genetic variants and 4,529 diseases and traits.

Our paper on rare variant associations in the UK Biobank is out in Cell Genomics today! https://t.co/XmVHJyIyl7

Karczewksi also shared a link to the database generated with data from the paper, tweeting, “You can browse associations for your favorite gene, phenotype, or variant …”

We’ve had this data out in the public for a while, but happy to see it all wrapped up. You can browse associations for your favorite gene, phenotype, or variant at https://t.co/NkQVlJAxuh

“Queries of a few well known ASD/ID genes turns up alot of blood biomarkers and metabolic traits and relatively few cognitive traits,” pointed out Jonathan Sebat, professor of psychiatry and cellular and molecular medicine at the University of California, San Diego. He then asked if neurocognitive traits were excluded.

Karczewski replied that it may have something to do with “a minimum case count coupled with an older population ascertainment.”

We didn’t explicitly filter too many ICD codes (except by a minimum case count) but other traits were by interest of our pharma partners. I suspect for some of the ones you’re asking about, a minimum case count coupled with older population ascertainment could also have filtered

“A terrific example of the power of collaboration between academia and industry,” tweeted Heidi Rehm, chief genomics officer at Massachusetts General Hospital in Boston.

Great to see this paper out – a terrific example of the power of collaboration between academia and industry. Go team! https://t.co/arcIp1WELV

Lastly, Kauê Machado Costa, visiting fellow at the National Institute on Drug Abuse in Baltimore, Maryland, shared his primer on dopamine, a resource meant for people unfamiliar with the field.

Disclaimer: these Primers are short guides for people unfamiliar with the field, with strict word and citation limits. So if you feel that something is too superficial, or an important citation is missing, don’t take it too personally????

“This is an excellent primer!” tweeted Steven Quartz, professor of philosophy at the California Institute of Technology in Pasadena, adding his appreciation for the mention of all the inaccurate information about dopamine fasting on social media.

Thanks! I thought it necessary to address that, and to do so with some levity. The public loves all the pharmacological phrenology applied to dopamine. It’s such an abused neurotransmitter ????