Communication struggles may explain aggression in some autistic boys 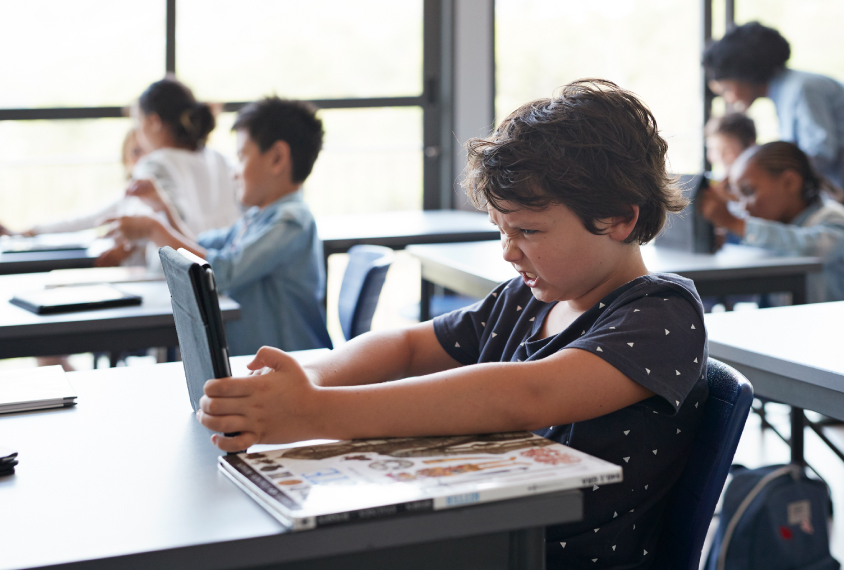 If substantiated, the result could help boys dealing with aggressive behavior obtain the support they need, says study investigator Emily Neuhaus, assistant professor of psychiatry and behavioral sciences at the University of Washington in Seattle.

“It could be a cue to providers, or [educators], or parents to really think carefully about what is behind [challenging] behavior,” Neuhaus says.

One-third to two-thirds of school-age autistic children exhibit aggression, which captures verbal behaviors, such as insults and threats, and physical behaviors, such as property damage and attempted injury of others. But the factors that contribute to these behaviors in autistic people are not well understood.

The new results should prompt reevaluation of the term ‘aggression,’ says Ilse Noens, professor of parenting and special education at KU Leuven in Belgium, who was not involved in this study.

To get insight into the relationship between communication and aggression in autistic people, the team analyzed data from the multisite GENDAAR study on sex differences in autism. They focused on 80 boys and 65 girls — all of whom are autistic, 8 to 17 years old and speak fluently.

“Because these are kids who probably have strong core language skills — their vocabulary, their grammar — they might not be identified as youth who have a clear language delay and who need support in those areas,” Neuhaus says.

For each participant, the dataset included three measures of verbal ability and one measure of aggression. Scores on one particular test — the Vineland Adaptive Behavior Scales, which evaluates how well an individual communicates in social settings and in written language — could predict aggression, the team found. Although this observation held true when the team considered the boys alone, it disappeared when they looked only at the girls.

Autism studies often have larger samples of boys, in whom the condition is diagnosed more often. And larger sample sizes make it easier to achieve a statistically significant result. But the sample used in this study was far from typical, Neuhaus says.

“One of the real strengths of it is that it gives us this group of girls in numbers that we haven’t historically been able to study as thoroughly,” Neuhaus says. As a result, the sex difference she and her team observed may be more than just a statistical artifact. The work was published earlier this month in the Journal of Autism and Developmental Disorders.

The boys and girls had comparable scores on the Child Behavior Checklist (CBCL), the instrument the team used to evaluate aggression. But this result, too, represents a difference, Noens says. The CBCL score reflects an individual’s level of aggression relative to others of the same sex and age. So a girl with the same CBCL score as a boy of the same age will in fact show less aggressive behavior than that boy.

“They’re not finding differences between boys and girls [in aggression scores], but that doesn’t say anything about the frequency of the behaviors occurring in daily life,” Noens says.

But the fact that CBCL scores bake in information about an individual’s age and gender, and so obviate the need for controls, is an advantage, says Stephen Kanne, director of the Center for Autism and the Developing Brain at Weill Cornell Medicine in New York City, who was not involved in the study. “The beauty of a [CBCL] score is … it’s a normative scale that already takes into account how this child rates compared to other children of the same age and, in this case, gender.”

The finding could suggest that communication difficulties actually cause aggressive behavior in autistic boys, but the explanation could also be more banal, Neuhaus says. Of the measures she and her team used, only the CBCL and the Vineland are based on parent report.

“We see that a lot when we run these big factor analyses: All the measures that the parents report on tend to correlate,” Kanne says. Some parents, for example, may systematically give higher or lower answers on surveys.

Other tools, including clinician- or teacher-reported measures, could confirm that the new result isn’t just a methodological fluke, Neuhaus says.