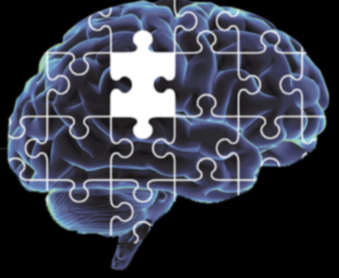 Puzzle box: Autism&rsquo;s diversity has made it difficult to identify clear risk factors or treatments.

Three themes — heterogeneity, phenotype, and trajectory — are beginning to emerge in diverse lines of inquiry into autism, according to speakers at a satellite symposium of the Society for Neuroscience annual meeting in San Diego.

Symposium speakers noted the striking heterogenity of autism — genetically, behaviorally and cognitively — as well as the broad and befuddling range of responses to both drug treatment and behavioral therapy.

“The failure of linkage and association studies to identify any clear susceptibility factor is not surprising given the genetic heterogeneity of autism,” said Catalina Betancur, who heads the research group on the genetics of autism at the Universite Pierre et Marie Curie in Paris. Betancur presented data from a population-based sample of all individuals with autism spectrum disorders born between 1985 and 1996 in France.

The researchers identified a genetic etiology for the disorder — whether a monogenic cause as in fragile X syndrome, chromosomal abnormalities, microdeletions and duplications, or de novo mutations — in 18 percent of those individuals. “Autism is not a single disorder,” Betancur noted, “but a behavioral manifestation of dozens and possible hundreds of genetic and genomic disorders.”

That genetic heterogeneity is mirrored by the variability in symptoms observed by clinicians. “Every person with autism is different,” pointed out cognitive psychologist Tony Charman, professor of psychology and human development at the University of London.

Charman noted that making the links from genetic risk factors to brain abnormalities, and then to cognitive deficits and core symptoms, has proven to be much more challenging than expected because of the disorder’s diversity.

One strategy to manage this heterogeneity is to group individuals with autism into subtypes who share certain features of the disorder — the same genetic lesion, for example, or aspects of neuropathology — and studying the biological and clinical similarities between them.

For example, geneticists have found that many rare copy number variations — deletions and duplications of large stretches of DNA — involve genes that cluster into two major groups, cell proliferation and signaling.

The same pathways appear to be involved in autism spectrum disorders and intellectual disability, noted Stephen Scherer, director of the Centre for Applied Genomics at the University of Toronto. This may help identify new targets for therapies, he said.

More attention to phenotyping in the clinic has already led to a deeper understanding of the trajectory of autism. “This is a developmental disorder that clearly changes over time,” said Catherine Lord, director of the University of Michigan Autism and Communication Disorders Center.

Neuroanatomy studies reinforce this message, added Eric Courchesne, professor of neurosciences at the University of California, San Diego. Courchesne noted that the brains of people with autism change over their lifespan, ranging from too big in early childhood followed by a normalization, and then a shrinking of the frontal cortex starting in young adulthood.

“Autism is a genetic disorder that affects how the brain grows and how the brain develops,” Courchesne said. “Until we connect the one with the other it’s going to be very hard to know for sure what we’re seeing.”