Common glitches in chromosomes can cause cognitive problems 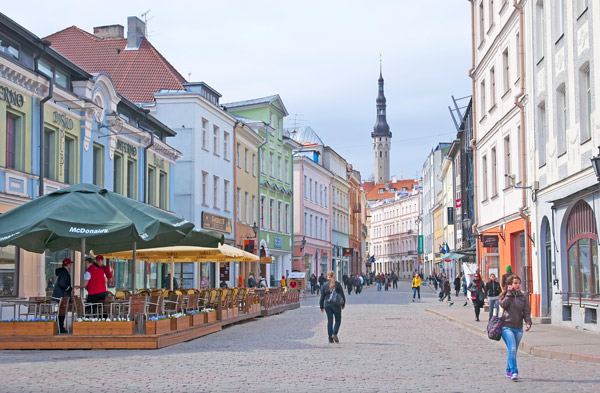 More than 10 percent of people carry duplications or deletions of DNA that diminish their intellectual capacity, according to a study published 26 May in the Journal of the American Medical Association. The bigger the mutation, the more severe a person’s cognitive deficits1.

The findings, based on a large study of an Estonian population, suggest that these so-called copy number variations (CNVs) are common in the general population. They also support the notion that CNVs tied to autism and intellectual disability spark symptoms even when the individuals don’t meet the bar for a diagnosis.

“No matter what the CNV, if it’s large enough, there is a good chance that it will affect your cognition,” says lead researcher Alexandre Reymond, associate professor at the University of Lausanne in Switzerland.

A similar study published last year in Nature looked at CNVs among more than 100,000 people in Iceland2. It found that people who carry CNVs linked to autism and schizophrenia — but who have not been diagnosed with either disorder — have lower intelligence quotients (IQs) than controls do.

“The fact that [all CNVs] have an effect is going to be surprising to a lot of other people, but not to me because I have always thought that duplication or deletion that includes any genes may not be good for you,” says David Ledbetter, chief scientific officer at Geisinger Health System in Danville, Pennsylvania, who was not involved in the study.

Most previous studies looking at the effects of CNVs have focused on people referred for genetic testing for a specific disorder. But this makes it difficult to know for certain how often the CNV leads to symptoms in those who may not have any disorder.

Reymond and his team instead looked for CNVs in a database of more than 50,000 people in Estonia — 5 percent of the country’s adult population. These individuals all provided a blood sample and answered more than 1,000 health and lifestyle questions during routine doctor visits.

Most of them have no known diagnoses. Still, the researchers found that most people with a CNV that has been connected to a disorder have at least some of that disorder’s features.

“The most fantastic and interesting thing about the study is this non-clinically ascertained cohort,” says Carrie Bearden, professor of clinical psychology at the University of California, Los Angeles, who was not involved in the study.

The researchers randomly selected a subgroup of 7,877 people from the database and found that 56 carry a well-characterized CNV — for example, in the autism-linked 16p11.2 or 22q11.2 regions.

They found that people with 16p11.2 deletions tend to have large heads, obesity, low IQs and autism symptoms regardless of their diagnostic status. “This reinforces the arbitrariness of clinical diagnoses,” says Kevin Mitchell, associate professor of genetics at Trinity College in Dublin, Ireland, who was not involved in the study.

More generally, about 10 percent of individuals in the study are either missing or carry an extra swath of DNA that is at least 250 kilobases long. These rare CNVs are present in less than 0.05 percent of the population. Individuals with one of these rare deletions — or duplications of at least 1 megabase — have more than triple the risk of an intellectual disability compared with the population at large, the researchers found.

Many of these large CNVs, which are scattered across the genome, have not yet been linked to known features.

The researchers also discovered that CNVs lower cognitive ability even when someone is not impaired enough to meet the criteria for intellectual disability. For example, 40 percent of people with a CNV of 1 megabase or longer did not complete secondary school — a rate 15 percent higher than in the general population in Estonia.

This trend holds for other populations, too. The researchers looked at existing databases of health and genetic information for 5,218 adolescents in the Avon Longitudinal Study of Parents and Children, which charts the health of 14,500 families in the U.K. They found that having a CNV longer than 250 kilobases increases the likelihood of scoring among the lowest third of the population on standardized tests for English and mathematics. They found similar results when looking at IQ scores of 2,390 children from Minnesota and at years of schooling for 451 people in Italy.

Carrying one of these CNVs may lead to other health problems as well, says Ledbetter. For example, many known CNVs involve genes that govern kidney or heart function.

These types of health risks raise the question of whether researchers should notify people who carry CNVs. Reymond says that people with harmful CNVs in the new study were often happy to learn of a possible cause for their health and psychiatric problems. Whether researchers should routinely inform people when they happen to find glitches in their DNA, however, is still an open question, he says.