Cognitive behavioral therapy may be only mildly effective for anxious, autistic children 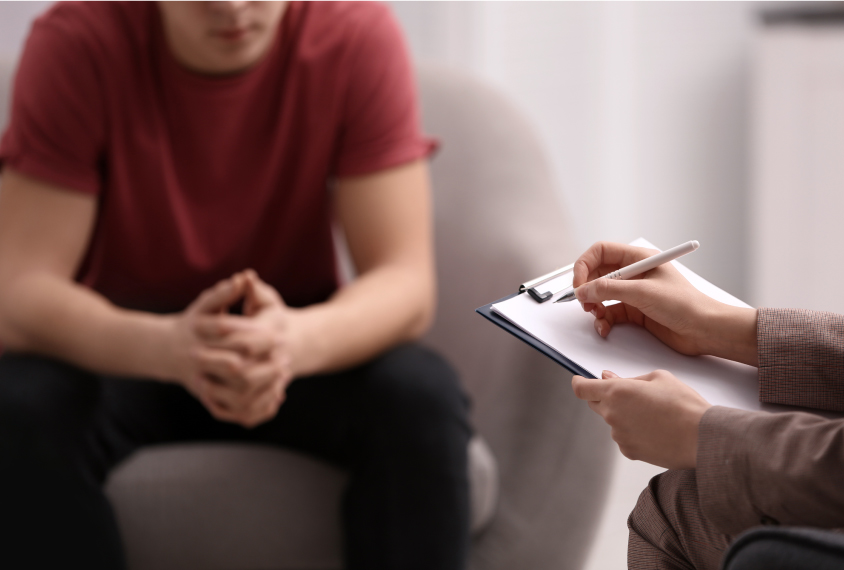 Autistic children tend to rate cognitive behavioral therapy (CBT) as less effective at treating their anxiety than their parents and clinicians do, according to a meta-analysis of 19 randomized clinical trials.

The result, based on data from 833 autistic children up to 18 years old, raises concerns about how clinical trials measure anxiety in young people, and who benefits from CBT.

“We fundamentally need to ask ourselves: If it’s working, then whom is it working for?” says study lead Shivani Sharma, head of the psychology division at the University of Hertfordshire in the United Kingdom. “Because it’s really odd that there’s such a difference between the clinician ratings, the parent ratings, and then the person themselves, their own rating.”

The talk-based therapy is effective at treating anxiety and depression in non-autistic children, studies show. In the U.K., CBT is recommended as the first-line treatment for children with social anxiety. It has also been adapted specifically for autistic children, but with mixed results.

The meta-analysis confirms that CBT reduces anxiety in autistic children, on average. But it also underscores the wide variation in effect sizes across studies.

In a 2009 study, for example, clinicians rated CBT as highly effective, with an effect size of 2.5. Any score greater than 0.8 denotes a large effect, whereas a score of 0.5 indicates a medium effect and of 0.2, a small effect. Self-rated scores from children in that same study favored the control treatment.

In another study, published in 2013, child ratings suggested that CBT had a large effect of 0.76, whereas parent and clinician ratings erred to either side, with effect sizes of 0.48 and 1.14, respectively.

Across the 19 studies, clinician scores for CBT were 0.88, on average. Parent and child scores averaged 0.4 and 0.25, respectively. Even when the 2009 study is excluded and treated as an outlier, clinician-based effect sizes are 0.4 points higher, on average, than effect sizes calculated from child ratings.

Most studies in the meta-analysis included ratings from parents and clinicians, and 12 also included the child’s self-rating. The results were published in BMC Psychology in October.

The wide variation across studies could be also be due, in part, to how researchers measured anxiety. Most studies used the Spence Children’s Anxiety Scale, a questionnaire filled out by either a child or her parents. Non-autistic children and their parents typically agree in their ratings on that scale, but autistic children and their parents match less often, according to a previous study. Other studies used different assessment tools, and so there wasn’t a consensus on a ‘gold standard’ way to measure anxiety in the autistic children.

“It’s quite clear that everybody is using an adapted form of CBT, but there’s no consistency in how we’re measuring the treatment intervention gain,” Sharma says. “What we’re trying to do with our findings is to say that, methodologically, there’s some stuff that we can do better as a scientific community.”