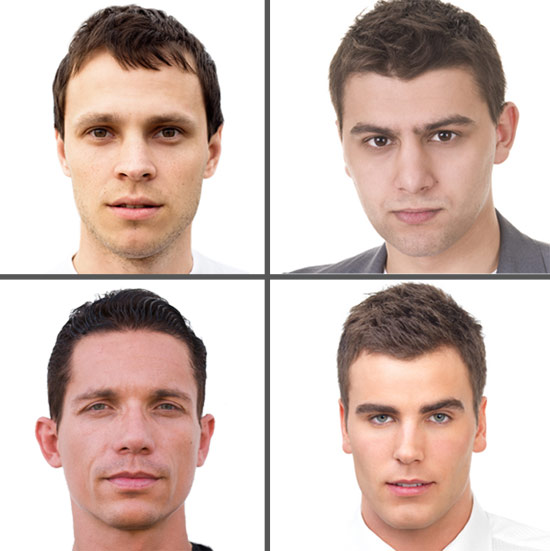 Adults with autism get better at recognizing faces after they are trained to observe faces as a whole, instead of focusing on individual features, according to a study published 12 April in the Journal of Autism and Developmental Disorders1.

The training has potentially long-lasting effects on how their brains process facial information.

Several studies have suggested that people with autism have trouble processing facial information. For example, they spend more time than controls looking at the mouth region than at eyes. As a result, they miss important social cues, which may underlie some of their social deficits.

In the new study, researchers used a computer program to train 18 adults with autism who had performed poorly on two tests of facial recognition. The program trained half of these individuals to recognize faces and the other half to recognize houses.

Following the training, the participants recognized faces or houses as well as controls of the same age and gender did, and accurately answered at least 85 percent of the questions on a final test.

The face program teaches participants to focus on key features such as the eyes, and to shift their own gaze to take in all the details of a face, such as the space between the eyes and the mouth.

It also shows participants a series of faces with gender and age identified, and a design — such as a box with wavy lines — unique to each face. The participants later have to match the same faces — or parts of the face that include individual features — with the right gender, age and design2.

Typical controls generally identify upright faces more accurately than inverted ones. By contrast, people with autism show no preference, suggesting that the way they look at faces differs fundamentally.

After face training, they became more accurate and faster when identifying upright faces and less accurate at identifying inverted ones, the study found.

Those who were trained to recognize houses became worse than before at identifying upright faces and better at identifying inverted ones. This may be because training with houses makes them even more likely to focus on individual features rather than the whole face.

Those who learned to recognize faces also improved in their ability to identify faces in a real-world setting: Four of nine participants correctly identified a woman who interrupted their training session, and three chose a very similar-looking face.

Training with faces, but not with houses, also alters brain activity related to face recognition, as measured by electroencephalography. This suggests that training alters the underlying brain response to faces, and may have a long-lasting effect, the researchers say.