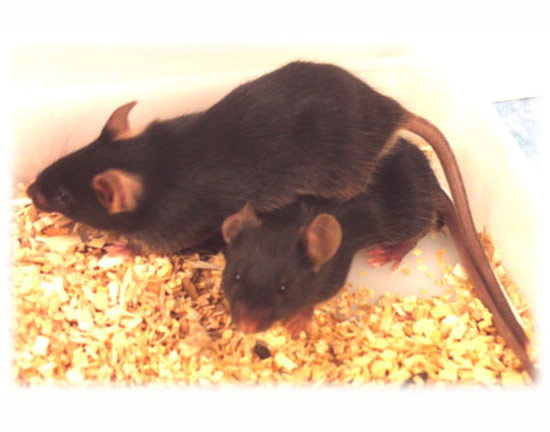 Mice lacking SHANK1, a member of a family of autism-associated proteins, communicate less with their mothers and potential mates than controls do, according to a study published 9 June in PLoS One1.

The same team last year reported that they had not detected any deficits in social behavior in mice with the mutation.

SHANK3, a protein that organizes the junctions between neurons, is one of the strongest autism candidate genes. Mutations in SHANK3 in mice lead to various effects on social behavior, including obsessive self-grooming, depending on the site of the mutation.

SHANK2, another member of the same family, has also been implicated in autism and schizophrenia.

By contrast, there is little evidence to link SHANK1 with autism. A study last October reported that mice lacking SHANK1 have some impairments in motor function, but are as likely to interact with their littermates as are healthy controls2.

In the new study, researchers report that these mice show social impairments in two forms of mouse communication: ultrasonic vocalizations — mouse cries that are inaudible to the naked human ear — and marking their territory with urine, signaling their desire to mate.

Mouse pups lacking SHANK1 cry out less than controls do when isolated from their mothers and littermates, the study found. The length of their calls is also shorter than that of controls.

Male adult mice lacking SHANK1 vocalize as much as controls do when exposed to female urine. However, control mice vocalize more in response to the urine after they have the opportunity to interact with a female mouse, suggesting that they learn to associate the scent with the opportunity to mate. Mice lacking SHANK1 do not show the same learning response, according to the new study.

Mice lacking SHANK1 also respond to female urine with fewer scent markings of their own than do control mice, both before and after interacting with a live female.