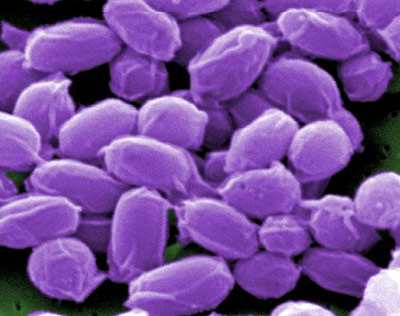 Symbiotic relationship: Some strains of bacteria may lead to positive behavioral changes in mice, such as lower anxiety and a better memory.

Symbiotic relationship: Some strains of bacteria may lead to positive behavioral changes in mice, such as lower anxiety and a better memory.

Probiotic bacteria alleviate stress in healthy mice and modify the expression of receptors for gamma-aminobutyric acid (GABA), a chemical messenger that inhibits signaling in the brain, according to a study published 29 August in Proceedings of the National Academy of Sciences1.

The results support the theory that alterations in the microbiome — the full range of commensal bacteria that live in the gut — can affect the brain and contribute to autism.

Several studies and anecdotal reports have described a higher incidence of gastrointestinal complaints in children with autism compared with the general population. However, whether alterations in gut bacteria lead to the symptoms of autism remains controversial.

A study published in January reported that mice with no commensal bacteria are more hyperactive and less anxious than controls, demonstrating that gut-bacteria can shape behavior.

In the new study, researchers supplemented healthy mice with Lactobacillus rhamnosus, a priobiotic that has been shown to modulate the immune system. Treated mice are less anxious, do better on tests for learning and memory and have lower cortisol levels after stressful situations compared with control mice, the study found.

These mice also have atypical brain levels of messenger RNA, which codes for protein, for two types of GABA receptors, GABRA and GABRB. Mutations in both genes have been implicated in autism.

Mice treated with probiotics have higher levels of GABRB mRNA in the cingulate cortex, a brain region involved in decision-making, than controls do. Conversely, they have lower-than-normal levels of GABRB mRNA in the hippocampus, which regulates learning and memory, the amygdala, which regulates the fear response, and the locus ceruleus, which has been implicated in the connection between autism and fever.

They also have low GABRA mRNA levels in the amygdala and the prefrontal cortex, another brain region involved in learning and memory, and high levels in the hippocampus.

Severing the vagus nerve, which connects the gut to the central nervous system, attenuates the effects of L. rhamnosus on behavior and gene expression, the study also found. This result implicates the vagus nerve in the gut-brain connection.