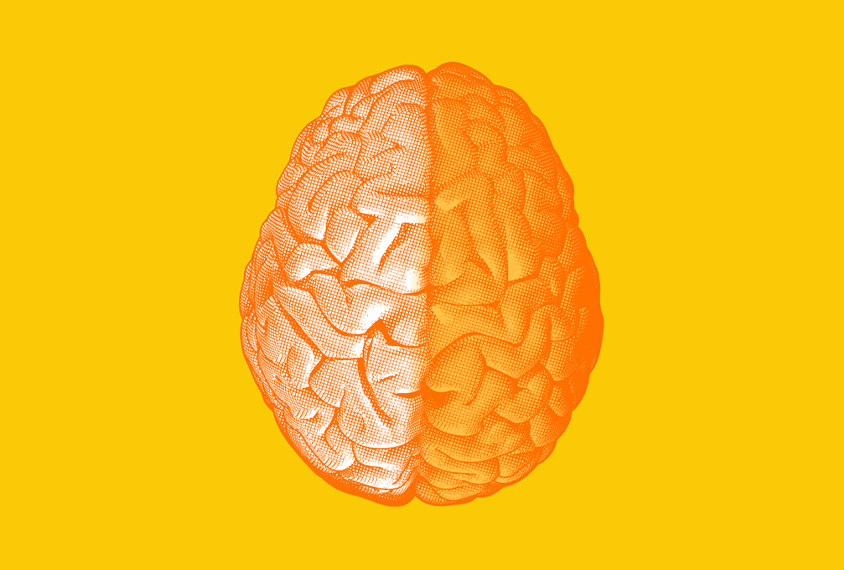 Mirror image: Language is typically processed in the left hemisphere, but not in individuals who carry a certain variant of the CNTNAP2 gene.

Individuals with autism-linked variants of a language gene use regions in the brain’s right hemisphere, rather than the left, to process language, according to a study published 10 October in The American Journal of Medical Genetics Part B1.

The results suggest that alterations of CNTNAP2 may lead to the abnormal patterns of brain activity that are characteristic of autism.

Several studies have associated some common variants of CNTNAP2 with autism. For example, a 2010 study found that one autism-linked variant of the gene leads to abnormal connections between different brain regions. The variant most associated with autism is present in about one third of the population, and can lead to language delay in otherwise typical individuals.

The researchers showed the participants a sentence with a missing final word and asked them to press a button when they had completed the sentence in their heads. The participants later wrote down the word they had chosen on a form. For example, one sentence read, “He mailed the letter without a ____.”

The participants with the autism-linked variants took just as long to respond to the task and chose words that are just as appropriate as the controls did, the study found. But during the task, they showed more activity on a functional magnetic resonance imaging scan in brain regions associated with language in the right hemisphere of the brain. By contrast, the controls showed typical left hemisphere activity in these regions.

For example, individuals with the T type of the rs7794745 variant showed greater activation of the right middle temporal gyrus compared with those who carry the other versions of this variant. The researchers also saw more activation in the right inferior frontal gyrus in individuals with the C version of the rs2710102 variant compared with those who have other versions of the variant.

Individuals with autism who carry either of these variants might show even stronger effects in these brain regions when processing language, the researchers say.