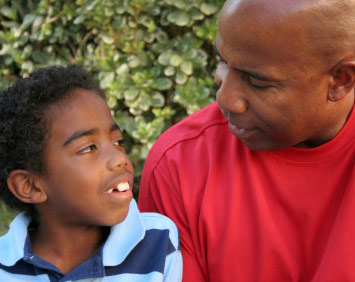 Language comprehension: Low-functioning children with autism differ from those with intellectual disability alone in that they understand less than their verbal ability suggests.

Language impairment is a core symptom of autism, and may be closely tied with social deficits, another key feature of the disorder. For example, children whose attention is not focused on their parents and caregivers might not pick up on the cues required for language learning. There is also a close relationship between problems with theory of mind, the ability to understand the thoughts and beliefs of others, and language impairment.

Researchers aiming to understand the role of language in autism typically study children with high-functioning autism, or those with a high intelligence quotient. This is because intellectual disability can also lead to language impairment, which can confound the association between language and autism.

The researchers used a number of measures to rate expressive language, or speaking ability, and receptive language, the ability to understand the speech of others, in each of the children. These measures included both direct tests and parental-report questionnaires.

The discrepancy between expressive and receptive language should be taken into account when designing interventions for children with autism, the researchers say.