Cognition and behavior: High IQ linked to anxiety in autism 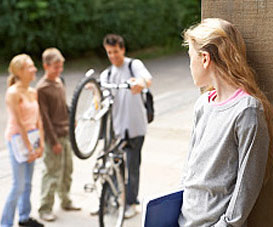 Social rules: Knowing that their behavior is not socially acceptable, but being unable to control it, could make children with autism anxious.

A high intelligence quotient (IQ), a good understanding of social skills, and aggressiveness may all contribute to anxiety in children with autism, according to a study published 14 March in The Journal of Clinical Child and Adolescent Psychiatry1.

Although anxiety is not one of the core deficits of the disorder, many individuals with autism are highly anxious, typically in social situations. Studies have shown that children with autism who have higher IQs are more anxious than those with lower scores2, but the reasons for this association are not well understood.

In the new study, researchers investigated the links between IQ, autism diagnosis, awareness of acceptable social behavior, aggressiveness and age. They looked at 231 children between 2 and 9 years of age and assessed their IQ using one of five questionnaires, based on the age and abilities of the child. They also used the Parent Rating Scales of the Behavior Assessment System for Children to measure the children’s anxiety, social skills and aggression.

Children who have a diagnosis of Asperger syndrome have the most anxiety, followed by those who have pervasive developmental disorder–not otherwise specified, and those with autism have the least anxiety, the study found. Controlling for IQ scores made these associations insignificant, suggesting that the higher intelligence is connected to the anxiety, the researchers say.

Toddlers who have autism and high IQ scores are more anxious if they also have a greater understanding of social skills and are aggressive compared with those who are less aggressive and have poor social skills, the study found. This could be because knowing that one’s behaviors are not socially acceptable, but being unable to control this, could be anxiety-provoking, the researchers suggest.

The relationship between these factors is more nuanced for preschool and elementary school children than it is for toddlers, the study also found. In each case, aggressiveness and understanding of social skills are associated with elevated anxiety. However, children who have low IQs and show little aggression show no difference in their anxiety regardless of their social understanding.

The results suggest that measuring the severity of autism is complicated and cannot be done in isolation by individual factors such as IQ scores.