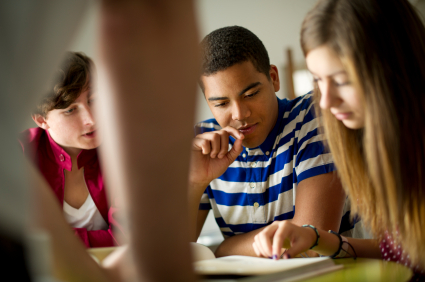 Gender games: Unlike men with autism, women with the disorder have no trouble identifying a geometric shape in a detailed image.

Men with autism struggle with attention to detail and dexterity, according to a study published 17 October in PLoS One1. Men and women with the disorder both have trouble with social skills, however.

Autism is about four times more common in males than it is in females. Explanations for the disparity include the presence of a number of risk genes on the X chromosome, and that girls may have a higher genetic threshold for autism than boys do.

Autism symptoms also vary between girls and boys. In particular, girls with autism who have intellectual disability tend to be more severely affected than boys. However, diagnostic tests miss many girls on the higher-functioning end of the autism spectrum. Studies also often exclude girls, so there is little information on gender differences in autism.

In the new study, researchers gave a number of cognitive tests to 32 men and 32 women with autism who have intelligence quotients above 70, and 32 male and 32 female controls. Men and women with the disorder both struggle to recognize emotions from facial expressions and from others’ eyes, the study found. They are particularly bad at identifying fear.

Both groups are also more likely than controls to have trouble suppressing their reactions to visual stimuli, as seen in a test of attention.

However, whereas men with autism are slower than male controls to identify a geometric shape within a more complex image, women with the disorder do just as well as the female controls. In both groups, the men are better at the task than the women.

The new study found that men with the disorder are also slower than controls when placing a series of objects into small holes using alternating hands. This test measures both dexterity and the ability to plan actions, the researchers say.

The study found no differences between any of the groups in tests of language ability.

Correction: This article has been modified from the original. It has been altered to correct the number of participants in the final study, and to clarify the distinction between men and women with autism in the caption.