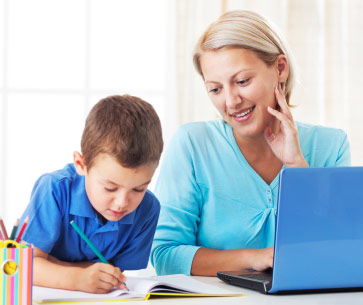 Risk factor: Women who show mild symptoms of autism may carry a mutation that can lead to fragile X syndrome in their children.

Women who have a milder version of the fragile X mutation, which can lead to the full mutation in their children, have some features of autism, according to a study published 12 June in the American Journal of Medical Genetics1.

Fragile X syndrome is characterized by intellectual disability and developmental delay. About 30 percent of people with the syndrome also have autism. The syndrome is caused by more than 200 repeats of a section of DNA within the FMR1 gene. Those who have between 55 and 200 repeats of this section are said to have a premutation, which can expand into the full mutation in the following generation.

Unlike the full 200 repeats, the premutation does not silence the FMR1 gene, but instead increases its expression. Studies have found that the premutation is associated with an increased risk of primary ovarian insufficiency, a condition characterized by infertility.

In the new study, researchers investigated whether women who carry the premutation and have children with fragile X syndrome show symptoms of the broad autism phenotype (BAP). Relatives of individuals with autism often have BAP, which is characterized by mild features of the disorder, typically aloofness and inflexibility.

The women filled out the Modified Personality Assessment Schedule (MPAS), which has been used to assess BAP, and the Social Responsiveness Scale (SRS), a parent autism questionnaire. The researchers also asked the women questions about their life history and scored these taped interviews using the Pragmatic Rating Scale, which identifies conversational styles.

Mothers of children with fragile X syndrome and those of children with autism are both more inflexible in their behavior than are controls, the study found. They are also both more likely than controls to make ‘pragmatic language violations’ — being overly detailed, for example, or showing a preoccupation with a certain topic.

Both sets of women are also more aloof and conscientious than controls are. However, these differences did not reach statistical significance.

Premutation carriers who are more rigid and have more language-related errors tend to have children with more indications of autism, the study also found.

This suggests that the association between autism and fragile X syndrome could result from other genetic risk factors in addition to an FMR1 mutation, the researchers say. They also suggest that women who show signs of BAP be screened for the fragile X premutation.