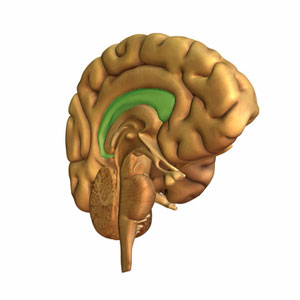 Two halves: Children with autism have a smaller corpus callosum, a structure that connects the left and right sides of the brain, than do controls.

Nearly half of children with malformation of the corpus callosum, which links the two hemispheres of the brain, have symptoms of autism, according to a study published 5 October in the Journal of Autism and Developmental Disorders1.

The malformed structure may limit connectivity through a brain region involved in language and social behavior, leading to autism symptoms, the researchers suggest.

In the new study, researchers analyzed performance on the Autism Spectrum Quotient (AQ), a diagnostic questionnaire, of 106 individuals with agenesis of the corpus callosum. Parents filled out the questionnaire for the 47 children and 20 teenagers in the study.

The researchers also used magnetoencephalography, or MEG, to examine connections between brain regions as participants lay passively in the scanner. Defects in long-range connections have been found in individuals with autism, although discovery of the artifacts resulting from head motion has called some of these data into question.

Individuals who score as being less imaginative have weaker connectivity in the superior temporal gyrus than do those with more imagination. This brain region is involved in language and social behavior, and studies have shown abnormal connectivity in this region in individuals with autism.