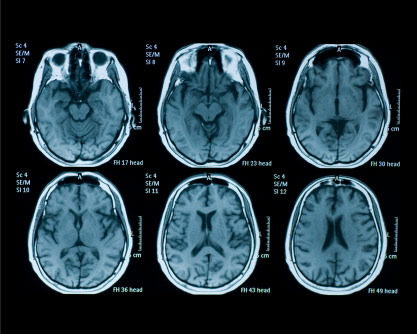 The results of two new studies support recommendations against the use of brain scans to diagnose autism.

The brains of high-functioning children with autism look no different in structural imaging scans than those of children with attention deficit hyperactivity disorder (ADHD) or of typical controls, according to a large imaging study published in the February issue of the Journal of Autism and Developmental Disorders1.

Another study, published 11 November in Neuroscience and Biobehavioral Reviews, shows that autism studies that use functional magnetic resonance imaging (fMRI) — brain scans that measure blood flow — are generally too small and skew toward a subset of individuals with the disorder2.

The first of the two new studies is a large structural MRI study involving 73 children with autism, 107 children with ADHD and 144 typically developing controls. Participants were similar in age, but were not matched by gender or by intelligent quotients (IQ). All of the children with autism had IQ scores in the typically functioning range, however.

Two pediatric radiologists examined multiple MRIs from each individual. They looked for seven abnormal brain lesions previously identified in people with autism, such as alterations in the corpus callosum, which connects the two hemispheres of the brain. They also looked for four lesions that researchers consider to be natural variations, such as atypical hippocampal shapes.

Overall, less than ten percent of all participants have abnormal brain lesions, the study found. There is also no significant difference between the brains of the children with autism and those of the other two groups.

These findings are in contrast to those from a number of smaller studies that have reported structural differences in the brains of individuals with autism compared with controls. However, the participants with autism have high IQ scores, whereas lesions like these are generally associated with intellectual disability.

In the second study, researchers analyzed 95 fMRI studies with a total of 1,083 participants. Each fMRI study examined a small number of individuals, however, with the number of participants who have autism ranging from 5 to 19. A large fraction of the participants are adults, male and have IQ scores above 70, the researchers say.

Because the characteristics of the participants and the designs of the 95 studies are so different, the researchers were unable to draw generalized conclusions about the role of specific brain regions in autism.

Studying adults with autism using fMRI is especially problematic because brain abnormalities may reflect compensatory mechanisms that individuals have developed over their lifetime, the researchers say.