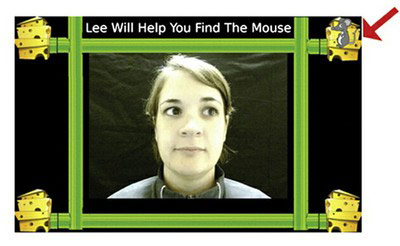 Using functional magnetic resonance imaging (fMRI), researchers have for the first time identified brain regions activated by joint attention, the process in which two people direct their attention to the same object, person or topic of conversation. The findings appeared 16 April in Human Brain Mapping1.

Joint attention skills emerge in the first two years of life. Children with autism tend to have trouble both initiating and responding to interactions involving joint attention.

Most studies investigating the neural underpinnings of joint attention have looked at how individuals with autism respond to other people’s eye movements2. The new study is the first to measure brain activity during real-time social interactions between an individual with autism and another person.

The researchers used a method they debuted in a 2010 study of healthy adults. The participant lies in the scanner while looking at a live projection of an experimenter sitting in another room. At the same time, the participant is also filmed so that the interaction is two-way, as with a webcam.

In the new study, 13 high-functioning adults with autism spectrum disorder and two sets of typical controls played a game with the experimenter called ‘Catch the Mouse.’ In this game, the experimenter and the participant simultaneously watch a cartoon mouse move between cheese houses in the four corners of the screen. Sometimes the participant sees a clue — a tail peeking out — of where to look for the mouse, and at others, the experimenter sees the clue. The mouse does not fully appear until both parties are looking at the correct corner.

The brain activation patterns vary, however. But only when the experimenter initiates joint attention.

When participants respond to the experimenter’s initial eye movement, typical controls show significantly more activation of the posterior superior temporal sulcus and the medial prefrontal cortex than do individuals with autism. Both of these regions have previously been implicated in social cognition.

Surprisingly, when participants initiate the joint attention, there is little difference in brain activation patterns between autism and control groups, the study found. The researchers speculate that this may be because the participants are focused on a game with explicit instructions and a concrete goal, rather than “sharing for sharing’s sake.” They suggest that researchers should attempt to assess more spontaneous social interactions.