Cognition and behavior: Brain response to faces could signal autism 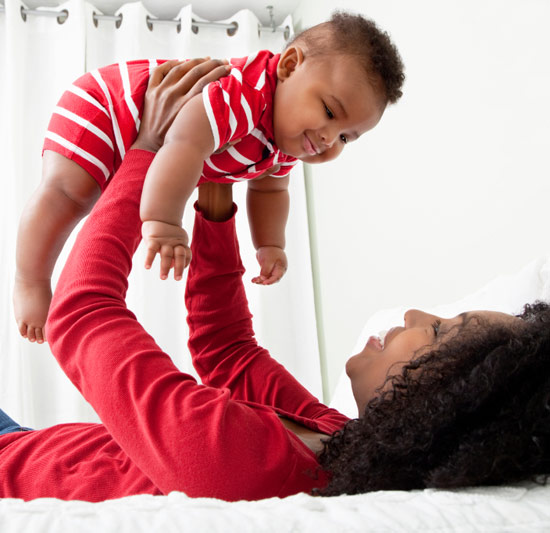 Family ties: 12-month-old siblings of children with autism pay more attention to a familiar face than to a new one.

At 12 months of age, infant siblings of children with autism have a brain response to unfamiliar faces that is characteristic of typical children at a younger age, according to a study published 26 March in Brain Topography. This developmental delay could be used as an early biomarker for autism.

Because autism has a strong inherited component, infant siblings of children with autism are considered at high risk of developing the disorder: 1 in 5 of these infants go on to develop the disorder, compared with 1 in 100 in the general population.

Several projects, including an ongoing research program that includes the new study, are studying the high-risk siblings to identify biomarkers that can predict autism risk and allow for early diagnosis.

Peaks of electrical or magnetic activity in the brain, measured using imaging scans, can indicate large numbers of neurons working together. Changes in activity at particular moments — after an individual sees a face, for example — are called event-related potentials, and can be standardized to represent an expected brain response.

In the new study, researchers looked at three different event-related potentials specific for face processing. One of these, Nc, is believed to be a measure for attention. Individuals generally have a strong Nc response when seeing something new.

The researchers assessed Nc in 12-month-old children, including 32 who have siblings with autism and 24 controls. About 40 percent of high-risk infants have more interest in familiar faces, based on their Nc response in a middle-brain region. By contrast, only 17 percent of the controls prefer familiar faces, the study found.

Studies have shown that typical children younger than 12 months have a stronger Nc response to familiar faces than to unfamiliar ones, but this preference reverses around the 12-month mark. Children may be tuned into their mother’s face at a young age, but start to care more about strangers as they get older, the researchers suggest.

Two other measures of face processing — N290 and P400 — do not show significant differences between the two groups.

According to another study published 31 March in the Journal of Experimental Child Psychology, however, older children with autism — averaging 10 years — show a delayed and lower response compared with controls when they look at faces expressing a range of emotions. This response is measured by P1, another event-related potential believed to be involved in recognizing emotions.