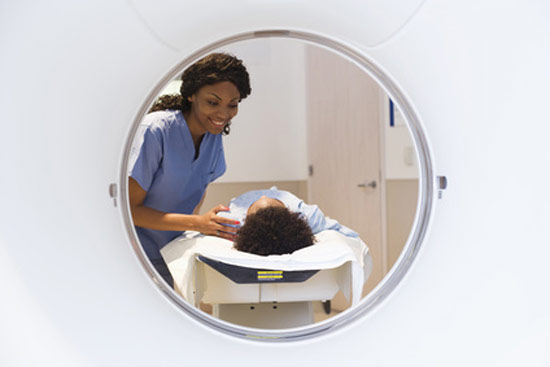 Rapid growth: Magnetic resonance imaging scanners show that young children with autism have a larger brain volume than controls do.

The rapid brain growth seen in children with autism occurs early in life, before children reach 2 years of age, according to a study published in the May Archives of General Psychiatry1.

Several studies have reported that children with autism have larger brains than controls do. This increase is attributed to both more gray matter — which contains nerve cell bodies and housekeeping cells — and white matter, which includes axons, the projections that connect with other neurons.

Long-term studies suggest that brain size in children with autism peaks by age 4. By the time individuals reach adulthood, their brains are of normal size, probably because of a rapid loss of brain matter.

In a small 2005 study, researchers reported that the volume of both white and gray matter in the cerebral cortex — a region responsible for memory and planning — in 51 2-year-old children with autism was about 5 percent more on average than in 25 age-matched controls2.

In the new study, the researchers once again measured the brain volume of 38 of the same children with autism and 21 of the controls, using magnetic resonance imaging.

Although the brains of the children with autism were still larger than those of the controls, they had grown at the same rate as those of controls between ages 2 and 4, the study found.

The researchers intend to examine brain size at 6, 12 and 24 months of age to narrow down the window in which brain overgrowth takes place.