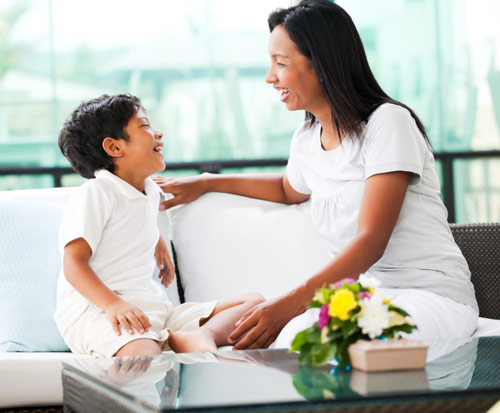 Mother tongues: Bilingual parents should not be discouraged from exposing children with autism to multiple languages, two studies suggest.

Growing up bilingual doesn’t impair language skills in children with autism, according to two studies in the Journal of Autism and Developmental Disorders.

For the first half of the 20th century, many scientists believed that learning more than one language impairs a child’s cognitive development. That idea has been debunked in the past few decades, but for children with autism, some clinicians still recommend learning only one language.

The two new studies, the first to rigorously investigate this issue, challenge that idea.

After giving the children seven questionnaires and diagnostic tests, including the Autism Diagnostic Interview-Revised and the Social Responsiveness Scale, the researchers found no significant differences in language ability among any of the groups.

The second report, published 27 September, studied 28 children diagnosed with an autism spectrum disorder, also between 3 and 6 years of age. Half of the children spoke Chinese at home and English outside the home, and the other half spoke only English2.

The researchers found no differences between the two groups on four different language and vocabulary tests. What’s more, after controlling for non-verbal intelligence quotient scores and age, the team found that bilingual children have larger English vocabularies than monolingual children do.