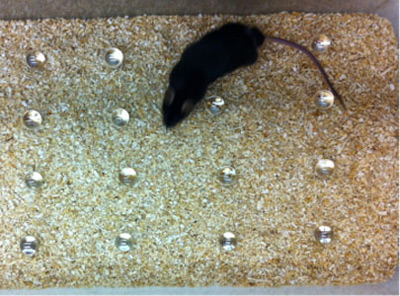 Injecting antibodies taken from mothers of children with autism directly into the brains of fetal mice results in autism-like behaviors in the mice in adulthood, according to a study published 5 March in Behavioural Brain Research1.

Numerous studies have suggested a link between molecules made by the maternal immune system and the risk of autism. For example, about 11 percent of mothers of children with autism — and no controls — carry antibodies that react to fetal brain proteins2. In particular, these antibodies bind to seven proteins present at high levels in the fetal developing brain.

When injected into the bloodstream of pregnant mice, these antibodies lead to anxiety and developmental delay in their pups, according to a 2012 study3. Likewise, the offspring of pregnant monkeys injected with the antibodies develop abnormal social behavior, approaching other monkeys more readily than controls do4.

In the new study, the researchers used antibodies that react with fetal proteins of 73 and 37 kilodaltons, from two mothers. They injected the antibodies into the brains of the fetal mice on day 14 of gestation. Mice exposed to antibodies from three mothers with no history of autism in their families served as the controls.

At 50 days after birth, the mice exposed to the autism-linked antibodies groom more frequently than controls do when placed into a new environment. They also bury many more marbles introduced into their cage than the controls do. These behaviors are indicative of the repetitive behaviors seen in autism.

Like the control mice, the mice exposed to autism-linked antibodies prefer to spend time with another mouse than with an object. However, unlike controls, they sniff new objects for longer than they do another mouse.

The researchers plan to explore how these maternal antibodies affect the fetal brain and how they trigger the behavioral changes.