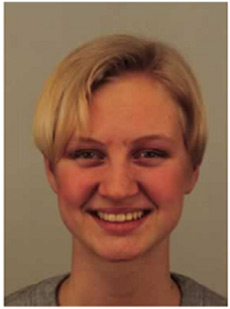 Families of individuals with autism may share their abnormal patterns of brain activation, according to a study published 3 December in Molecular Autism1.

The study shows that the so-called default mode network is more active during a task in teenagers with autism and their unaffected siblings than in controls.

In a second paper, published in the January issue of Neuropsychologia, fathers of children with autism report feeling less empathy than controls do2.

Both studies suggest new autism endophenotypes — measurable traits that connect the symptoms of a disorder to underlying genetic risk factors. Endophenotypes may also explain the broad autism phenotype, the set of symptoms often seen in undiagnosed family members of individuals with autism.

In the first new study, researchers scanned the brains of 40 teenagers with autism and equal numbers of unaffected siblings and controls using functional magnetic resonance imaging. They looked specifically at activation of the default mode network, which is more active when participants are at rest than when they are doing a task.

The researchers tested activity in this network when the participants were engaged in a visual task. Participants looked at a picture composed of many shapes and a single target shape, such as a triangle.

In one case, the participants searched for this triangle within the picture. In the other, they indicated whether the triangle matches another shape already highlighted within the pattern. The latter task does not require searching, and so should use less overall brain activity.

For all participants, the default mode network is more active during the easier task than during the more difficult one, the study found. However, in adolescents with autism and their siblings, the activity for both tasks is more similar than in controls.

In the second study, researchers gave the Empathy Quotient — a self-report questionnaire measuring the ability to relate to others’ emotions — to 314 adults with autism, 297 parents of a child with autism and 184 controls.

Adults with autism and fathers of children with autism show less empathy than controls do, the study found.

Correction: This article has been modified from the original. A previous version incorrectly stated that women with autism have more empathy than do men with the disorder. In fact, both genders self-report similar scores on the empathy questionnaire.