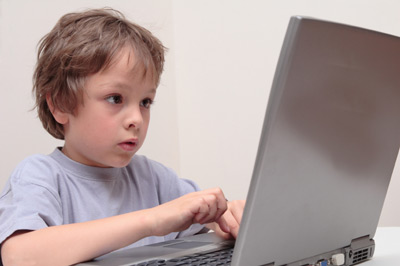 Time trial: Wide variability in how long an individual takes to respond to shapes or words shown on a computer can indicate problems with attention.

People with autism react to stimuli at an uneven pace, sometimes responding rapidly and sometimes after a lag, but only when the group does not exclude the subset of individuals who also have attention deficit hyperactivity disorder (ADHD), according to a meta-analysis published 13 March in the Journal of Child Psychology and Psychiatry1.

Co-occurring ADHD may explain the variability in response time among people with autism, the study suggests.

Researchers often view reaction-time variability as a proxy for lapses in attention, although other factors, such as poor motor skills, may also influence the measurement. Researchers typically test reaction time by showing participants images, letters or numbers on a computer and asking them to press a key whenever any number others than 3 appears, for example, or when they see a happy face.

Controls have relatively consistent reaction times over the course of a test. But some individuals with ADHD may show wide variability in how long they take to respond. Wide variability in reaction time is associated with poor performance on everyday tasks such as getting up in the morning or making a budget.

Researchers have speculated that people with autism may also show irregular reaction times, in keeping with other commonalities between autism and ADHD. Women with ADHD are 2.5 times more likely than controls to have children with autism, and the two disorders may share genetic risk factors. Nearly 30 percent of children with autism also meet the diagnostic criteria for ADHD2.