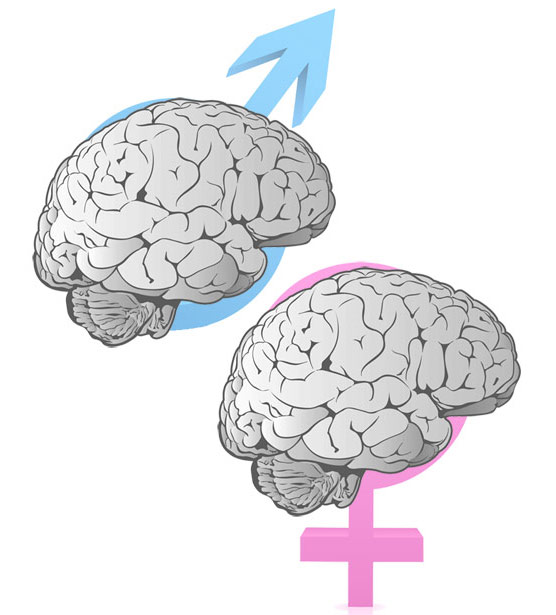 The brains of men and women with Asperger syndrome are more similar to each other than are those of male and female controls, according to a study published in the January issue of the American Journal of Neuroradiology. The results lend support to the ‘extreme male brain’ theory of autism, the researchers say1.

The theory proposes that features of autism, which include a tendency to analyze instead of empathize, are exaggerated male characteristics2, and may explain the higher prevalence of autism in boys.

In the new study, researchers used magnetic resonance imaging (MRI) to study whether differences in brain structure support this theory. They focused on individuals with Asperger syndrome, who generally have higher intellectual ability than those with severe autism.

They measured the brain structure of 15 men and 13 women with Asperger syndrome, and 15 male and 15 female controls.

In the control group, the volumes of gray and white matter, which contain the cell bodies and connecting processes of neurons, respectively, are greater in men than in women, the study found.

Specifically, men have more total white matter and more gray matter within the right parietal operculum, a region that plays a role in empathy, than women do. This suggests that these features are characteristic of a ‘male’ brain, the researchers say.

The difference in the volumes of total white matter and local gray matter between men and women is smaller in the group with Asperger syndrome than in controls. This suggests that the brains of women with the syndrome have more ‘male’ brain characteristics than those of controls, the researchers say.

Among controls, the men’s brains also have greater connectivity — as measured by the flow of water through the brain — than the women’s brains in a number of regions, including the corpus callosum, which connects the two hemispheres. This difference in connectivity between males and females is also smaller among the brains of individuals with Asperger syndrome.