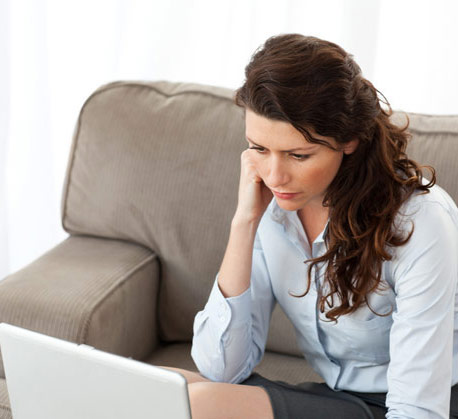 A new clinical trial, conducted entirely online, could provide a model for how to quickly and efficiently test some potential treatments for autism. The randomized, placebo-controlled trial will test whether omega-3 essential fatty acid supplements can reduce hyperactivity in children with autism.

The study, a collaboration between the Interactive Autism Network (IAN) and researchers at the University of California, San Francisco (UCSF), is an example of the growing power of online networks to recruit participants and collect data, speeding research. Researchers at IAN also hope similar approaches will enable large genetic studies of autism encompassing tens of thousands of people.

In addition to making data collection cheaper and more efficient, the online approach expands the number of families that can take part.

“Using the Internet and giving families a chance to participate from home is a great option,” says Stephen Bent, assistant professor of medicine at UCSF, who is leading the trial. “You can live in rural North Dakota and still participate.”

Bent was involved in one other fully Internet-based clinical trial, testing kava and valerian to treat self-reported anxiety and sleep problems in adults. That study, which enrolled 400 participants from all over the country in just eight weeks, demonstrated the rapid recruitment potential of the Web.

The impetus for the omega-3 trial, which is funded in part by the Simons Foundation, SFARI.org’s parent organization, was a small pilot study suggesting a potential benefit of omega-3 supplements in reducing hyperactivity in children with autism. Omega-3 essential fatty acids are important for normal growth, metabolism and immune function. (A 2011 review found no evidence that they help symptoms of autism, but even the review included data on just 37 participants.)

The supplements are just one of hundreds of untested treatments that some families are using to try to help children with autism.

“To establish whether there is real benefit, we have to do a very large study with greater power,” says Bent. “Given limited resources, it’s hard to rationalize spending millions of dollars to enroll 200 children to figure out whether omega-3 has small benefit.”

Using the Internet to perform some aspects of clinical research, such as initial recruitment of study participants through disease-specific websites, has become almost de rigueur in the last few years. But for the most part, a physician or other professional will evaluate participants in person to confirm the diagnosis, assess symptoms or monitor the effects of treatment. That process is both expensive and time-consuming.

The cost of clinical trials can vary widely, depending on the disease and drug under study. Estimates for traditional early-stage trials range from $6,000 to $20,000 per participant1. Recruitment is often one of the biggest costs.

The new six-week study will enroll 30 to 100 children depending on how long the process takes. “We really don’t know how quickly we can recruit, but we hope to be able to recruit faster than in clinic-based trials,” says Bent.

The previous pilot study, which was done via traditional methods, took eight months to recruit about 30 children, at a cost of roughly $4,000 per child. “If we can get 50 children in the same time period, then we’ve reduced the average cost by about half,” he says.

One of the major challenges in conducting an entirely Internet-based clinical trial is to confirm, without personal interaction, that participants truly have the disorder under study. IAN, the largest online database for autism research in the U.S., with about 40,000 participants, has solved this issue for autism.

IAN requires that participants who sign up with the network — typically parents enrolling their child with autism — complete a short questionnaire, the parent report of the Social Communication Questionnaire, to confirm the child’s diagnosis. They must receive a certain score on the questionnaire to be eligible to participate. It also asks parents to verify that their child has been diagnosed by a professional.

A study published in 2010 confirmed this method is 98 percent accurate by having a clinician run gold standard clinical tests for autism, in person, on about 100 children selected from the IAN cohort2.

For the omega-3 trial, which Bent aims to launch next month, researchers will use the site to recruit children with autism ages 5 to 8 who are also hyperactive. Parents and teachers will use a number of well-validated tools, such as the Aberrant Behavior Checklist, to measure the children’s behavior at the start of the study.

The ability to assess children in different environments is one of the benefits of short online surveys.

“We really want information from the parent on how the child behaves at home and from the teacher at school,” says Paul Law, IAN’s director. “The clinical setting of the doctor’s office doesn’t even really count because it is so artificial.”

Children will be automatically randomized to receive the omega-3 supplement or a placebo, both of which are delivered to the participants’ homes via mail.

Parents will fill out a weekly survey during the six-week study, assessing how regularly the child is taking the medication and whether he or she is experiencing side effects. At three and six weeks, parents and teachers will assess behavior by repeating the battery of questionnaires used at the start of the study.

Data from the survey will be immediately downloaded to a database, “so we think we can be very efficient about getting results,” says Bent.

If successful, Bent aims to expand his approach to test other treatments that are popular among families with children who have autism, such as vitamin D and probiotics.

This approach has “a lot of power to quickly let us know whether a treatment is having a significant impact,” says John Constantino, professor of psychiatry and pediatrics at Washington University in St. Louis, who is not involved in the omega-3 study. Researchers could then follow up with a more focused clinical trial, he says, or choose to explore another treatment if the one under study has little benefit.

The online approach has its limitations, of course. One of the most important is that the treatment under study has to be reasonably safe; “we are not going to do online clinical trials of something where doctor needs to see the patient,” says Law. So Internet-based clinical trials would not be appropriate to test new drug candidates, for example, unless they have already been proven safe in children. “And the target of the intervention has to be something easily measurable by community report, such as parents and teachers,” he says.

Law hopes that the same principles employed in online clinical studies will aid large-scale genetic research projects. For example, IAN is working on a massive genetic study of autism, aiming to enroll 20,000 participants in order to identify some of the rare variants that contribute to the disorder. (They plan to start with a pilot project of about 200 people and have funding to enroll about 3,000 people over the next couple of years.)

Thanks to rapid advances in genomics technology, analyzing DNA is no longer the rate-limiting step in this kind of research.

“Now clinical assessments have become the big barrier to doing studies quickly,” says Law. “Proving we can confirm diagnosis very well online has led to a paradigm shift in the way many genetic researchers are approaching projects.”

Traditional study designs start with lengthy clinical assessments of participants. But the IAN effort and other studies are now using online phenotyping tools, such as questionnaires that measure the level of social or cognitive deficits, which take only about an hour.

And because participants are part of an online community, researchers can reach out to them for additional information as needed.

The fact that researchers can go back to the same families and ask them to do the same assessments over time “is a very compelling and powerful way of harnessing this resource at a relatively low cost,” says Constantino.