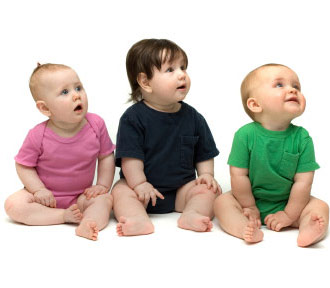 Big baby: Toddlers with autism who have larger-than-normal head size, height and weight may have more severe symptoms than those with the disorder who are of average size.

Big baby: Toddlers with autism who have larger-than-normal head size, height and weight may have more severe symptoms than those with the disorder who are of average size.

Toddlers with autism who have larger-than-normal heads are also taller and weigh more than controls, according to a study published in October in Archives of General Psychiatry1.

Although many studies have investigated head size and brain volume in children with autism, the new results suggest that overall skeletal development could also be a feature of the disorder, the researchers say.

Several studies have shown that about 20 percent of children with autism have macrocephaly, or larger-than-normal heads. This feature is apparent up until 2 years of age, and begins to normalize by age 4, according to two studies published this year.

Brain imaging and postmortem studies both suggest that macrocephaly in autism could result from having too many neurons in some brain regions. For example, a postmortem study published 9 November reported that children with autism have more neurons than controls do in the prefrontal cortex, a brain region responsible for abstract thought.

In the new study, researchers examined head size along with height and weight in 64 boys with autism, 34 boys with pervasive developmental disorder-not otherwise specified (PDD-NOS), 13 boys with developmental delay, 18 boys with other developmental concerns, such as language delay or anxiety, and 55 typically developing controls.

In agreement with previous research, the study shows that the boys with autism have normal head size at birth, but 21 percent show signs of macrocephaly starting at 9.5 months of age. None of the other groups show statistically significant differences in head size, the study found.

However, the children with autism are also taller than controls starting at 4.8 months of age, before they show signs of macrocephaly, the study found. Children who have autism also begin to weigh more than controls at 11.4 months of age. Both differences persist until they are 2 years old.

The study also found that boys with PDD-NOS are taller starting at 7.3 months and heavier at 19.4 months of age than controls, and that boys who have developmental disabilities are heavier at 4.5 months old.

The researchers also identified six children with autism who had the most significant overall overgrowth — height, weight and head size — compared with controls. These boys have more severe social deficits than the other children with the disorder, as measured by the Vineland Adaptive Behavior Scales.

The results suggest that factors that influence elevated head and body size could lead to a more severe form of autism, the researchers say.