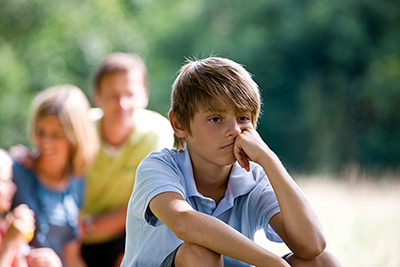 The symptoms of autism in boys who have fragile X syndrome differ from those in boys who have autism alone, according to a study published 11 January in the Journal of Autism and Developmental Disorders1.

For example, boys with fragile X syndrome tend to be interested in social interaction, but experience anxiety that results in their shying away from social contact. This would manifest as a social deficit on a diagnostic test, but it reflects a different underlying cause than do the social deficits seen in autism. This means that treatments developed for fragile X syndrome may be less applicable to autism than some people have hoped, the researchers say.

In the new study, researchers looked at 49 boys with fragile X syndrome, 40 of whom have a diagnosis of autism, and 39 boys who have autism alone, all between 4 and 10 years of age. They analyzed two in-person diagnostic assessments for autism, the Autism Diagnostic Observation Schedule (ADOS) and the Autism Diagnostic Interview-Revised, to assess the boys’ social behavior.

Boys who have both fragile X syndrome and autism are more likely to smile at others and more likely to direct others’ attention to something than are boys with autism alone, the researchers found. They are also less likely to have unusual preoccupations or to engage in compulsions and rituals.