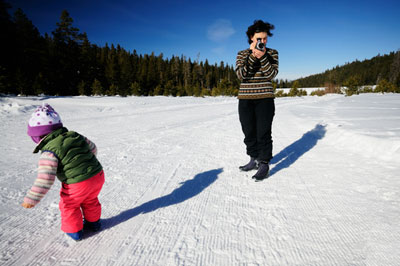 The onset of Rett syndrome, which is marked by the sudden loss of speech and motor skills, is more gradual than previously believed, according to two studies published in the past few months1, 2.

Rett syndrome is a developmental disorder that occurs almost exclusively in girls and has features in common with autism, including low social interest in some cases. At around 6 to 18 months of age, girls with Rett syndrome undergo a sudden and often dramatic loss of skills, dubbed regression, which is accompanied by a slowed rate of head growth. After this phase, the girls may regain some of these lost abilities.

The first new study, published in April in Research in Developmental Disabilities, looked closely at the time before the onset of symptoms, specifically the first two years of life, for 15 girls later diagnosed with Rett syndrome. By scouring home videos of these girls for language milestones — such as the ability to form words — the researchers show that most did not follow the typical progression of language learning.

For example, 12 of the 15 girls cooed as infants, but only 9 of them progressed on to babbling. Of those 9 girls, only 6 were ever able to form words, and only 1 used word combinations. This suggests that brain development may be off course in children with Rett syndrome even before they undergo regression, the researchers say.

In the second study, published 25 January in Clinical Genetics, researchers looked closely at how 14 parents described their daughters who were later diagnosed with Rett syndrome. The age of regression varied from 9 to 36 months. But the first sign that something was awry sometimes emerged before regression, starting as early as 2 months of age.

In only four girls were these signs classified as a loss of language and motor skills, which are the classic signs of Rett-related regression. For the rest, the earliest symptoms ranged from severe vomiting, crossed eyes, hand flapping and social withdrawal to severely disrupted sleep and inconsolable crying.

Molecular studies of stem cells from people with Rett syndrome support the idea that the brain is affected before symptoms of the disorder become apparent.