Clinical research: Rates of autism rise based on birth year 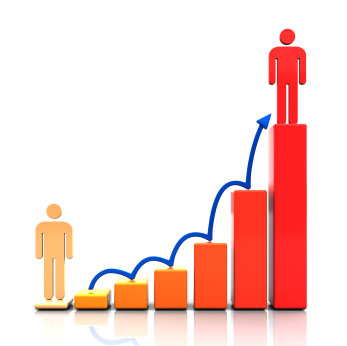 Climbing cases: An epidemiology study shows that the rates of autism rise linearly for children born between 1992 and 2003 based on their year of birth.

Climbing cases: An epidemiology study shows that the rates of autism rise linearly for children born between 1992 and 2003 based on their year of birth.

The likelihood of being diagnosed with autism has increased for children born each year since 1992, especially for individuals at the higher-functioning end of the autism spectrum, reports a study published 7 December in The International Journal of Epidemiology1.

The results provide a lens through which to investigate theories about the rising prevalence of the disorder. Specifically, they suggest that greater social awareness of the disorder and changes to diagnostic standards are responsible for the increase, the researchers say.

Autism diagnoses have risen significantly in the past few years: For example, studies report a 634 percent increase in autism cases in California between 1987 and 2003.

Epidemiological studies suggest that increased awareness of autism and changes to diagnostic criteria account for much of this trend. Others have proposed that environmental factors are fueling the steep rise.

In the new study, researchers looked at more than six million individuals born in California between 1992 and 2003 to investigate the relative contribution of three factors to the likelihood of an autism diagnosis: the year they were born, the year they were diagnosed and the age at which they received a diagnosis.

The study found that individuals are most likely to be diagnosed with autism around age 3. Specifically, 3-year-olds in California are 37 times more likely to receive a diagnosis than 2-year-olds. This is consistent with the age at which symptoms of the disorder become obvious.

The study also found that the later an individual was born, the higher the likelihood that they would be diagnosed with autism. The yearly increase in autism rates is linear, with each subsequent birth year carrying with it a higher risk of autism than the previous one. For example, individuals born in 1999 are about four times more likely to have an autism diagnosis than those born in 1992, and people born in 2003 have almost 17 times the odds, the study found.

The overall number of individuals with autism diagnosed in a given year does not rise as significantly, the study found. For example, there were only four times the number of autism diagnoses in 2003 compared with 1994. This finding suggests that the year in which someone was born has a bigger effect on the likelihood of receiving a diagnosis than the year in which they were diagnosed with the disorder.

For a theory about the rise in autism prevalence to fit the new data, it has to explain the gradual increase in rates of diagnosis over time and the skew toward diagnosing high-functioning people with autism. Greater social awareness fits these data, the researchers say. However, because the rise in diagnosis is tied to an individual’s year of birth, and not the year of diagnosis, this theory only fits if parents become aware of the disorder when their child is a certain age.

Broadening of diagnostic criteria also matches the pronounced trend toward diagnosing more children at the high-functioning end of the spectrum, the researchers say.