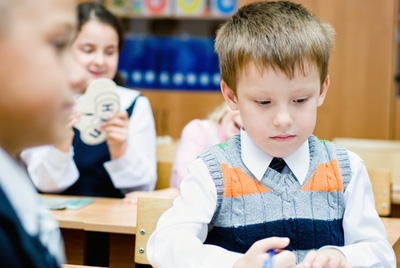 Most children with autism who have language delay at age 4 are able to speak later in childhood, according to a study published in the April issue of Pediatrics1.

Language impairment is one of the primary features of autism, and is often the first cause of concern for parents of children with the disorder.

Researchers looked at language ability in 535 children who had been unable to speak in phrases at 4 years of age. The children are part of the Simons Simplex Collection, a database of samples and information from families that have one child with autism. (The collection is funded by the Simons Foundation, SFARI.org’s parent organization.)

The researchers used assessments by the Autism Diagnostic Interview-Revised, a parent questionnaire, for information about the children’s language ability at age 4.

They relied on the Autism Diagnostic Observation Schedule, which includes direct assessment by a clinician, to evaluate the children, now aged 8 to 17 years. About 70 percent of the children, or 372, were able to speak using short phrases, and 253 of them could speak fluently.

Nonverbal IQ and social abilities at age 4 can predict language outcome, the researchers found. Based on this information, clinicians may be able to determine the right course of behavioral intervention, the researchers say.