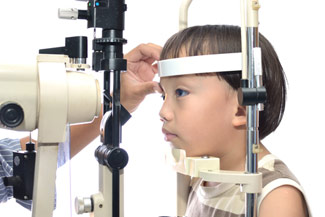 Light response: Clinicians may be able to use a pupil’s reaction to light as an indicator of autism risk.

The pupils of children with autism react to light more slowly and less efficiently than those of controls, according to a study published 18 December in the Journal of Autism and Developmental Disorders1.

This sort of autonomic response — which reflects basic biological functions such as heart rate, and is easy to measure — may signal risk of autism and related disorders. The researchers see a similar effect in children with other neurological disorders.

Autism is diagnosed using behavioral measures, but people with the disorder also show physiological differences from controls. Researchers hope that some of these differences may become biomarkers, assisting with diagnosis and serving as endpoints for treatments.

Although many biomarker studies focus on brain function, alterations in the autonomic nervous system are also promising. Children with autism may have an elevated heart rate and larger pupils, and may react to stress more readily than controls do2. A 2009 study found that their pupils are slower to constrict when exposed to light than are those of controls3.

The new study looked at pupillary reflex in 152 children with autism, 116 controls and 36 children with other neurological disorders, such as Down syndrome and fragile X syndrome. The researchers also measured heart rate to test whether alterations in pupil size match up with other measures of the autonomic nervous system.

Typically developing children speed up their pupillary reflex between 6 and 8 years of age, the study found. The researchers did not see the same trend for children with autism, suggesting differences in brain development.

Children with other developmental disabilities also did not show a noticeable improvement in the reflex with age, but the small number of participants makes this result inconclusive, the researchers say.