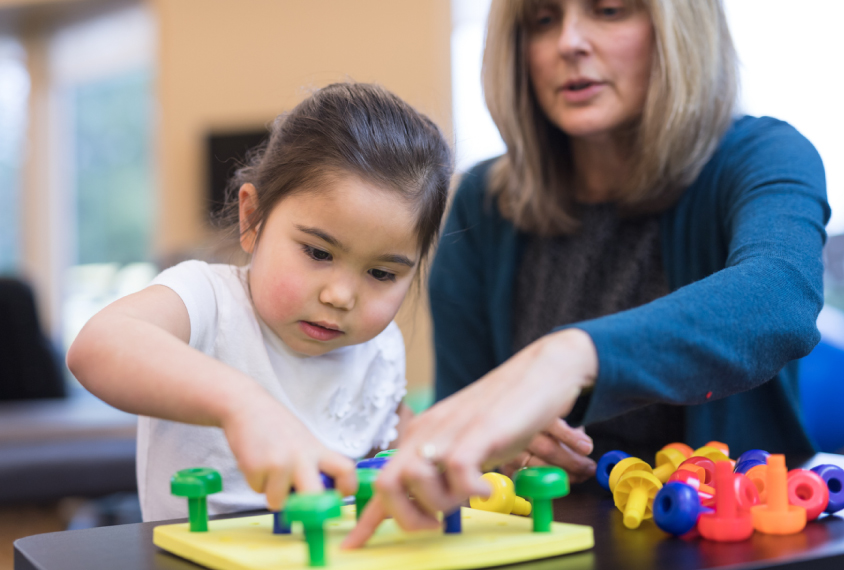 Strong symptoms: Traditional diagnostic tests for autism are not ideal for assessing the disorder's severity.

The Calibrated Severity Score (CSS), a test based on the Autism Diagnostic Observation Schedule (ADOS), provides a measure of autism symptoms that is independent of age and language ability, according to a study published 24 May in Autism Research1.

Autism is diagnosed based on symptoms in three categories: social deficits, problems with language, and restricted interests and repetitive behaviors. The ADOS is one of the best-established tools for diagnosing autism and includes direct assessment by a clinician. It is divided into different tests, or modules, based on the child’s age and language ability. For example, a child who doesn’t talk takes a different test than does one who can speak in full sentences.

The modules make assessing the severity of autism challenging, however, because the scores vary with each module. For example, children with good language skills take a version that gives them lower ADOS scores overall, indicating less severe autism. However, although a child with language impairment or intellectual disability may appear to be severely affected, these features should not disproportionately influence measures of severity, researchers say.

Researchers first debuted the CSS in 2009, based on the ADOS scores of 1,118 children. The CSS takes into account multiple symptoms and significantly lowers the impact of age and language on the overall score2.

As expected, children with autism have the highest CSS scores, indicating the most severity, followed by those with PDD-NOS, developmental delay and then controls. Both raw ADOS and CSS scores remain relatively stable one to two years later, the study also found.

However, unadjusted ADOS scores improve across each diagnosis when children take a more advanced ADOS module, meaning that children with better language ability necessarily score lower than those with less ability.

By contrast, average scores on the CSS are relatively consistent within each diagnostic group regardless of which module the child takes. This suggests that the CSS is better suited than the ADOS for assessing the severity of autism.

Correction: This article has been modified from the original. It has been changed to clarify that those with better language ability score lower on severity scales rather than higher, as previously stated.