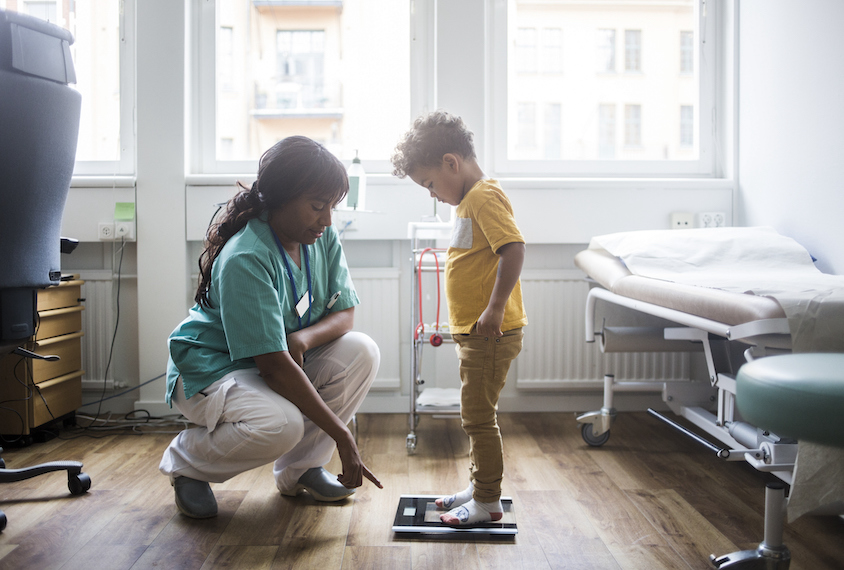 Crystal ball: Whether a child with autism readily follows the gaze of a caretaker could predict his or her overall outcome as an adult.

How easy it is to engage the attention of a child with autism by gazing or pointing at an object may predict how well he or she will be able to function as an adult, according to a study published in the February issue of the Journal of Autism and Developmental Disorders1.

The study also shows that improvements in language skills and a developmental intelligence quotient (DQ), normalized for age, between 4 and 18 years of age predict better outcomes in adulthood.

Autism is a lifelong developmental disorder that significantly impacts a person’s quality of life, especially as an adult. Despite this, few studies focus on adults with autism and even fewer look at how symptoms of the disorder evolve over a lifetime.

In the new study, researchers gave questionnaires to the parents of 20 adults with autism who averaged 27 years of age. The adults had been part of a larger group of 4-year-olds who were diagnosed with autism in the late 1970s and early 1980s.

The questionnaires were designed to rate an individual’s ability to function based on his or her employment, living situation and friendships. For example, an individual with a ‘very good’ rating lives independently, has a paying job and maintains friendships, whereas a ‘poor’ outcome means that an individual needs a lot of support and has few social contacts.

Of the 20 participants, 4 were rated as having a ‘very good’ level of functioning, 2 as ‘good,’ 4 as ‘fair’ and 10 as ‘poor.’ These assessments do not necessarily reflect the adults’ sense of satisfaction with their lives, the researchers note.

The researchers then looked for correlations between these ratings and multiple measures taken during assessments when the participants were about 4, 12 and 18 years of age. These measures include language ability, intelligence and responsiveness to joint attention (RJA), which reflects the number of prompts required to get a child to follow a person’s gaze or look toward where a person is pointing.

Only RJA was predictive of language ability at 27 years of age, based on the Autism Diagnostic Interview-Revised, the study also found. None of the measures correlated with repetitive and restricted behaviors.

The results highlight the importance of joint attention for developing social skills and suggest that early interventions focused on joint attention could improve long-term outcomes for children with autism, the researchers say.

Because one of the strongest indicators of outcome was improvement in language skills and DQ over time, clinicians should be cautious about predicting a child’s long-term prognosis based on measures taken at a single point in time, they also say.