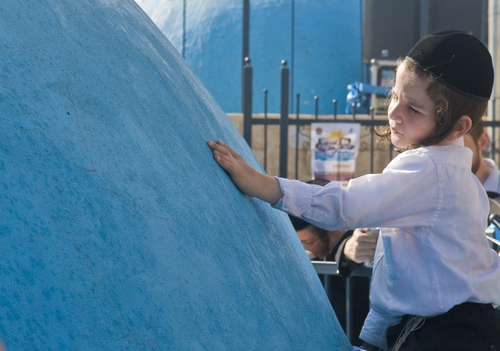 K. Dagan / Shutterstock.comReduced rates: Thorough tests for autism may explain why children in Israel are diagnosed with the disorder less often than in the U.S.

A new study finds that 48 of every 10,000 children in Israel have autism. This rate, published 27 July in the Journal of Autism and Developmental Disorders, is higher than previous estimates for Israel, but lower than the reported U.S. prevalence1.

Explanations for this disparity include awareness of autism, the stigma associated with an autism diagnosis and differences in healthcare.

How researchers estimate prevalence can also significantly alter the findings. For example, a 2011 study in South Korea that screened a representative sample of all children in a population found a prevalence of 264 per 10,0002. If the researchers had relied on existing medical records, however, the prevalence would have been 80 in 10,000.

Epidemiological studies of autism in Israel have reported relatively low rates. A 2001 study found an incidence of 10 for every 10,000 people3 and a 2012 study reported a prevalence of 36 per 10,000 people4. These studies relied on medical and healthcare records from treatment facilities and national organizations, such as the Israeli Ministry of Social Affairs.

In the new study, researchers used medical records from Maccabi Health Services, one of four health maintenance organizations that provide nationalized health services in Israel. They compared 2,034 children between 1 and 12 years of age who have an autism diagnosis with 421,490 others in the same age range.

Fewer children in low-income groups have a diagnosis of autism than do those from wealthier families, the study found. This trend is line with prevalence studies in the U.S., and may result from differences in awareness and cultural stigma, the researchers say.

Prevalence in Israel may be lower than in the U.S. because children in Israel undergo more thorough assessments for autism diagnosis, the researchers say. For example, each child in Israel undergoes two separate evaluations. Also, clinicians are required to describe how the child’s symptoms match the criteria for autism outlined in the Diagnostic and Statistical Manual of Mental Disorders.