Clinical research: Income has no effect on rates of autism 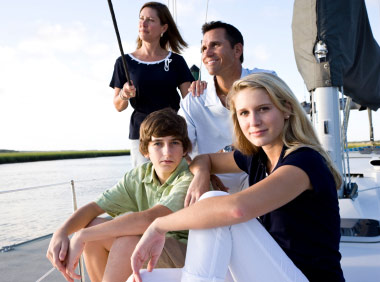 A large epidemiological study in Utah that relies on tax information and health records shows that income level does not affect the odds of having a child with autism or intellectual disability. The results were published 8 September in Autism Research1.

Several studies have shown that socioeconomic factors such as parental age, income and race can affect the odds of having a child with autism. However, the significance of these results is difficult to interpret.

For example, a study published in March shows that, in Australia, children with a diagnosis of autism are more likely to belong to wealthy families than are those with intellectual disability.

This result could reflect a real difference in the prevalence of the two disorders. But it could also be because, as some studies have suggested, individuals are more likely to receive an autism diagnosis if they have better access to health services.

In the new study, researchers used data from the Utah Registry of Autism and Developmental Disabilities Program, which screened the medical records of 26,108 children born in Utah in 1994 to identify children who have autism or intellectual disability — defined as having an intelligent quotient (IQ) below 70.

Using this method, the prevalence of autism in Utah is higher than that based on data from special education programs alone: 7.5 in 1,000 compared with 3.2 in 1,0002.

The 99 children diagnosed with autism in this group are roughly four times more likely than controls to be born to white mothers, the study found. And the 113 children with intellectual disability are half as likely as controls to have mothers with more than 13 years of education.

The researchers also looked at socioeconomic status using tax records to classify families as high- (above $33,203.47 per year), middle- or low- (below $26,500.02) income. In contrast to other reports, children with a diagnosis of autism, intellectual disability or both are no more likely than controls to belong to any one of these groups, the study found.

Changes in a family’s gross income over the first eight years of a child’s life are also not influenced by whether the child has a diagnosis of autism or intellectual disability. This result is in contrast to other studies that have suggested that a diagnosis of autism is a severe financial burden.

The population approach makes it less likely that the findings are the result of discrepancies in access to health services or special education programs, the researchers say. A downside of the screening method is that diagnosis is based on medical records, and not on direct interaction with the children and families, however.